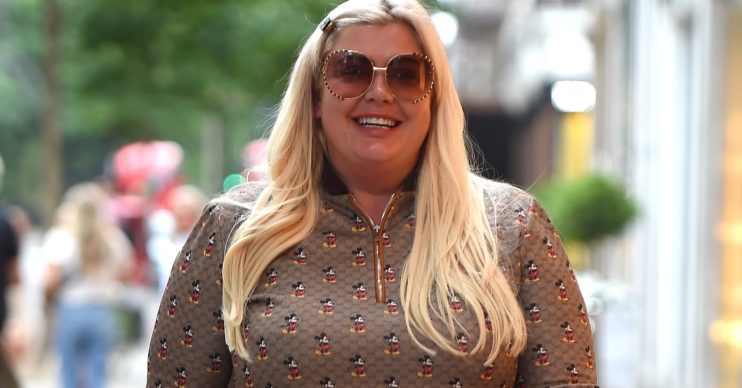 The reality star said it was 'good to be back'

Gemma Collins has admitted she had to walk off her hangover after hitting the lychee martinis the day that pubs and restaurants reopened.

The reality TV star, 39, headed to Roka restaurant in Soho with friends as eateries and drinking spots across the country threw open their doors for the first time since the coronavirus lockdown began.

She kept her followers updated on Instagram, sharing clips of her sipping her martinis as she declared: “It’s good to be back!”

Read more: Gemma Collins convinced she isn’t a human and wants a baby with an alien

But it seems Gem might have been feeling a little the worse for wear after telling fans she did “Super Saturday in style”.

She posted a video on Instagram on Sunday morning telling her followers that she had to hit the pavements for some fresh air and exercise.

“Had fun yesterday but had to walk off the hangover this morning!!!

“Staying in is the NEW going out!!”

Happy Sunday !!! Had fun yesterday but had to walk off the hangover this morning !!! Staying in is the NEW going out !! Its the country life for me !! I like to dip in however I like to dip out !!! #countrylifeforme #happysunday #frankthedog

Earlier, Gemma had issued a plea for people to keep it together as nightspots reopened.

“Don’t go mad everyone this weekend keep it COOL,” she advised, adding the hashtag “wise words from GEMMA”.

The Dancing On Ice star also showed off a new brightly-patterned coat in the accompanying video clip.

Gemma has lost over three stone in the last year after adopting a healthier lifestyle.

She told her followers that the eye-catching rain mac gave her “good style vibes” on her walk.