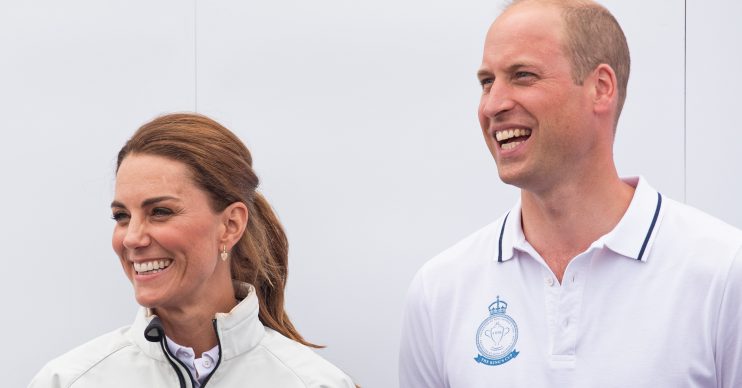 Kate and William ‘will announce fourth pregnancy this year’

Are the Cambridges expanding their brood?

The Duke and Duchess of Cambridge may announce another pregnancy this year, according to bookies.

But bookies have slashed odds on Kate and William announcing they’re expanding their brood in 2019.

Coral currently has odds of 1/2 that Kate will reveal she’s pregnant by the end of this year.

Coral spokesman Harry Aitkenhead told the Express: “Much has been made of Prince Harry’s comments that he and Meghan will most likely only have two children.

“However, we think Kate and Will’s family will continue to grow and make them odds on to announce a fourth baby in 2019.”

It seems that, while Kate and William may be planning to expand their family, William’s younger brother Prince Harry is only planning to have one more.

The Duke of Sussex recently revealed that he and wife Meghan, Duchess of Sussex, will only have one more child to save the planet.

The couple welcomed son Archie Harrison in May this year.

Speaking in the September issue of Vogue – which was guest-edited by his wife – Harry spoke about expanding the Sussex brood and admitted that the couple would have “two maximum” in a bid to save the planet.

Harry said: “I view it differently now, without question. I’ve always thought: this place is borrowed. And, surely, as intelligent as we all are, or as evolved as we all are supposed to be, we should be able to leave something better behind for the next generation.”

Meanwhile, earlier this week, bookies predicted that Meghan and Harry could adopt a second child rather than get pregnant.

Bookies Ladbrokes have placed odds at 5/1 for the couple to adopt a child.

Jessica O’Reilly of Ladbrokes told the Express: “Royal fans would love to see Harry and Meghan extend their brood, and adoption would be a lovely way to do so.”

Back in June, bookies slashed odds on the couple having another baby next year.

At the time, bookmaker Coral revealed they had been “inundated” with bets and have slashed the odds on Meghan and Harry having a second baby in 2020.