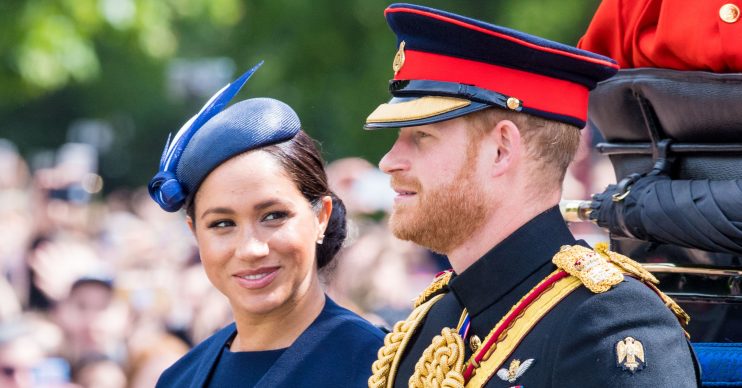 Is another royal baby going to be born next year?

The Duke and Duchess of Sussex welcomed their first child, son Archie, just over a month ago.

However, fans are predicting the royal couple will have another little tot next year.

Bookmaker Coral has revealed they have been “inundated” with bets and have slashed the odds on Meghan and Harry having a second baby in 2020.

Odds of the couple adding another baby into their family next year are now 10/11.

Coral spokesperson John Hill told The Sun: “We have been inundated over the last few days with bets on Harry and Meghan having a second baby in 2020, and as always with gambles of this kind, there is seldom smoke without fire.”

Meanwhile, Ladbrokes have also slashed their odds on another royal baby being welcomed into the world next year to 6/1.

Spokesperson Alex Apatis added: “Baby fever could soon be taking over the Royal Family once again and despite only giving birth a matter of weeks ago, we wouldn’t be surprised if Harry and Meghan have the bug.”

Meghan and Harry then introduced their little boy to the world in his first photocall inside St George’s Hall at Windsor Castle two days later.

However, royal fans haven’t seen much more of the royal tot since.

It’s been said that Meghan and Harry could share new photos of Archie this weekend to celebrate a special occasion.

According to Hello! magazine, Meghan and Harry could treat the public to new photos of Archie to celebrate Father’s Day on Sunday (June 16).

Earlier this week, it was revealed that Meghan and Harry will travel to Africa later this year.

They will travel to Angola as part of their Autumn tour to carry on Diana’s charitable legacy with the HALO Trust, an organisation which removes debris left behind by war, in particular land mines.

Do you think Meghan and Harry will have another baby next year? Leave us a comment on our Facebook page @EntertainmentDailyFix and let us know.