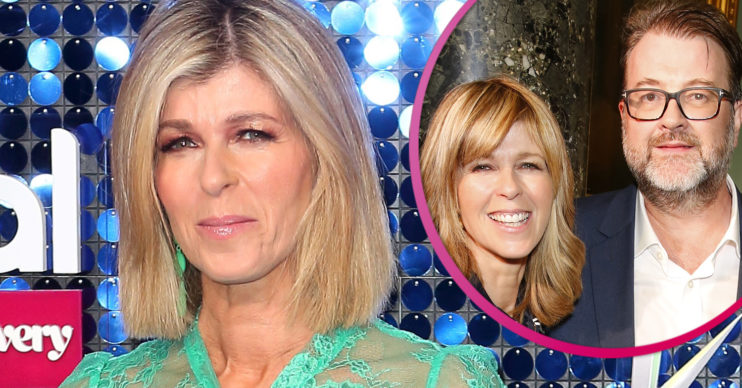 Derek Draper has been in hospital since March

Derek was admitted to hospital in March and put into an induced coma.

He still remains in hospital and even though Derek is now free of the virus, Good Morning Britain star Kate said it has “wreaked havoc” on his body.

Kate has now revealed her husband lost a lot of weight after being in the coma for almost six months.

The Good Morning Britain presenter told YOU Magazine: “When I finally got to FaceTime him, seeing him unconscious was a big shock.

“He’s lost nearly eight stone in weight, a lot of it muscle throughout his body.

“He looked worn-out, thin and pale with dark circles under his eyes and there were lots of tubes.”

Kate went on to say she and her family “hope and believe” Derek will “come out of it”.

However, she added that they “just don’t know” and the “heart of the family has been ripped out and we don’t know if we will ever get it back”.

He’s lost nearly eight stone in weight, a lot of it muscle throughout his body.

Kate said they remain hopeful because “there were so many moments when doctors thought we’d lost Derek or were about to, and he’s still here”.

Derek only began showing signs of consciousness over the last few weeks, with him opening his eyes.

Kate previously explained that Derek was out of the “deep” coma and was now in a “minimal state of consciousness”.

Last month, the mum-of-two admitted she and her children found it “challenging” to celebrate Derek’s birthday.

Kate said on GMB: “It was Derek’s birthday on Saturday as well, which was obviously a challenging one under the circumstances.

She added: “It’s very challenging, they’re [the kids] are doing brilliantly with it though.

Read more: Adil Ray brands Kate Garraway an ‘inspiration’ and reveals she ‘still has fun’ behind the scenes