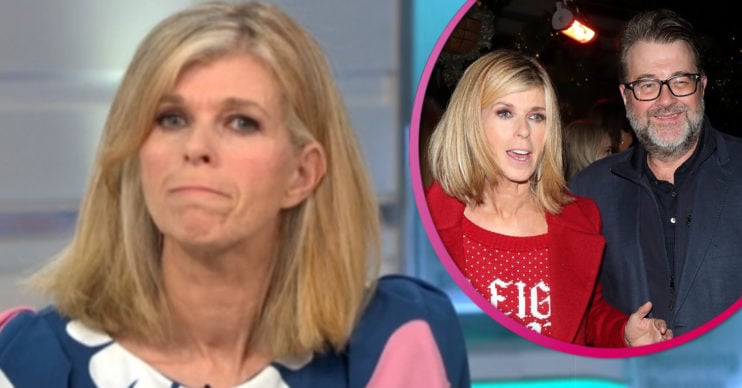 Derek Draper has been in hospital recovering from coronavirus

Kate Garraway has revealed she and her children found it “challenging” to celebrate her husband Derek Draper’s birthday.

The presenter returned to Good Morning Britain on Wednesday (August 19) after a few days off.

Derek, who turned 53 on Saturday (August 15), has been in hospital since March after battling coronavirus.

Even though Derek is now free of the virus, Kate recently said it has “wreaked havoc” on his body.

Speaking on GMB, Kate explained how she and her children Darcey and Billy celebrated Derek’s birthday.

What did Kate Garraway say about husband Derek’s birthday?

Kate said: “It was Derek’s birthday on Saturday as well, which was obviously a challenging one under the circumstances.

She continued: “It’s very challenging, they’re [the kids] are doing brilliantly with it though.

We managed to hook up technically and sing happy birthday.

Kate also said her days off this week had nothing to do with Derek’s recovery.

She said she had just switched days with co-star Charlotte Hawkins, adding: “Thanks to Charlotte for swapping with me.”

Derek was admitted to hospital back in March with coronavirus.

Days later, he was moved into a coma and only began opening his eyes last month.

Kate explained that Derek was out of the “deep” coma and is now in a “minimal state of consciousness”.

'We managed to ring up and sing happy birthday and hope the love seeps through.'❤️@kategarraway explains how she and her family celebrated her husband Derek's birthday on Saturday.🥳

Derek remains in hospital fighting the effects of coronavirus. pic.twitter.com/4ddkXV7qwG

Meanwhile, Kate recently revealed nurses caring for Derek have been putting the show on for him after his condition slightly improved.

On GMB last week, Kate sent Derek a message because he had the ITV show on in hospital.

Kate said: “Good morning to Derek. We don’t know how much he can see or hear, but he knows the programme is on.”

She added: “The team are watching. Thank you for everything you’re doing.”