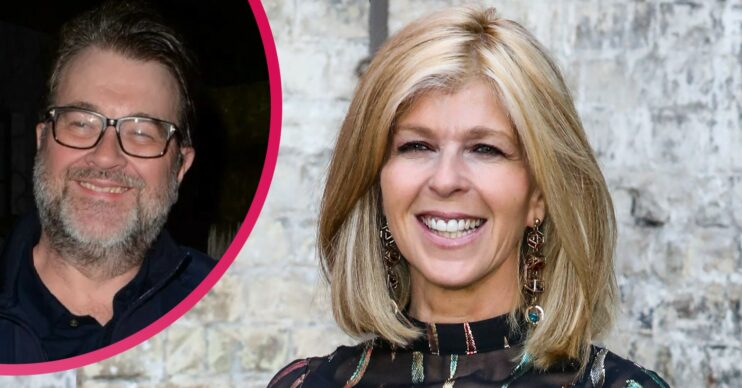 She was in the audience for ITV Adele special

GMB host Kate Garraway looked chic and cheerful as she enjoyed a rare night off from nursing husband Derek Draper.

Kate, 54, indicated to Instagram fans she had a great Saturday evening as she watched Adele perform.

The singer recorded a special concert at the London Palladium for ITV last night (November 6).

What Kate Garraway said about the Adele gig

Kate looked stunning in black polo neck with a pearl-studded neckline and sleeves, accompanied by black wide leg trousers and white boots for the concert.

She told fans: “Wow wow and wow…  Adele you were beyond sensational tonight. Funny, moving and that voice!

Read more: Kate Garraway stunned as she discovers GMB guest was ‘beds away’ from husband in hospital

“So thrilled to be in the audience (and what an audience – you’ll see it on ITV soon) to hear songs from the utterly brilliant new album and of course her legendary classics.

“My friend thought it was the best night of his life – and he wasn’t alone! So grateful to be part of it.”

Kate Garraway: What is the latest news update on her husband Derek Draper?

Earlier this week, Kate admitted medics are not sure what the future holds for Derek.

She vowed to “keep fighting” for her husband as she told Woman’s Own: “There are three diagnoses of how it impacted him, neither of which anyone is confident in.”

Had been dragging my feet because I knew it would be so emotional.

More recently, Kate also revealed on Instagram that she has packed up Derek’s therapy rooms and office.

Sharing an image of herself and a removal driver, Kate told fans: “Had been dragging my feet because I knew it would be so emotional.”

“And because I didn’t want to seem to be giving up hope of him returning to the work he loves one day.

“Then the building was put up for sale and we had to clear out – fate!

“Next problem was the huge task of packing up all his files, his cuttings, books and furniture he’s treasured for decades.”

When will the Adele special be on TV?

An Audience With Adele will air on ITV later this month.

It is is scheduled to be on TV on Sunday November 21.

Read more: Kate Garraway admits ‘no one really knows what the future holds for Derek’ as she vows to ‘keep fighting

An Audience With Adele will air on ITV on Sunday November 21.