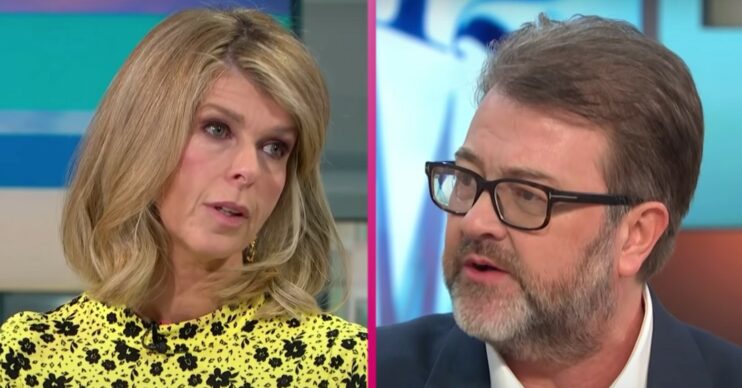 There are different diagnoses about how coronavirus has affected her husband

Kate Garraway has vowed to “keep fighting” after she kept fans updated with the latest on her seriously ill husband Derek Draper.

Derek, 54, was hospitalised after contracting coronavirus as the pandemic took hold in March 2020.

He remained in hospital for a year and is still seriously ill, suffering with damage to several of his organs.

Kate Garraway latest: What did she say about Derek?

He has also endured damage to his lungs, kidneys, heart and liver.

Kate indicated there is no one route back to health for her husband, who she married in 2005.

Kate, who shares two children with Derek, also noted there are varying theories of how COVID has affected his health.

“There are three diagnoses of how it impacted him, neither of which anyone is confident in,” she said.

The GMB presenter also explained this means medics are unable to offer a long-term prognosis.

I have to keep on fighting for Derek. I want to and I have to.

She continued: “And because of the impact, no one really knows what the future holds.

“So I have to keep on fighting for Derek. I want to and I have to.”

He is able to communicate, but not to a similar degree to before he caught the virus.

Kate recently opened up about how their daughter Darcey, 15, and son Billy, 12, have been affected by their father’s devastating illness.