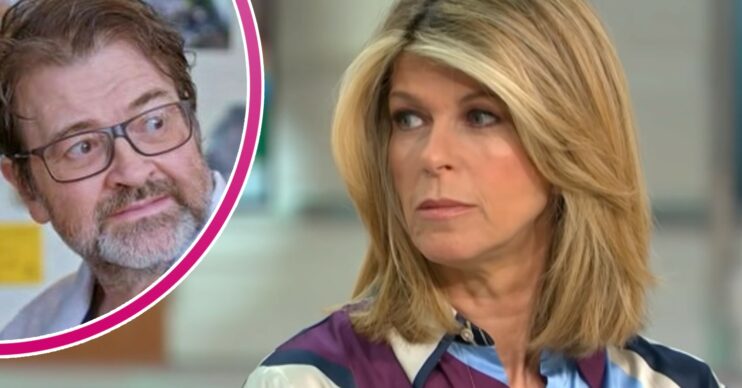 The ITV star is having a tough time lately

The latest on Kate Garraway’s husband, Derek Draper, is that he’s in hospital, and the GMB star is trying to remain positive.

Derek was hospitalised back in March 2020 after contracting Covid-19.

As a result, he went into a coma and spent more than a year in the hospital. Last April, he returned home and his family have been taking care of him ever since along with carers.

During an appearance at the Tric Awards, Kate opened up about the latest developments in her husband’s condition.

She revealed that she’s trying to remain positive despite Derek currently being back in the hospital.

“He’s back in hospital I’m afraid so a bit of a downturn but fingers crossed,” she said, MailOnline reports.

“In terms of COVID, I mean when Derek got COVID there was no vaccine there was no treatment there were a lot of challenges.”

“Now we have those things so on that level yes it’s not gone away,” added Kate.

She also revealed that the couple’s two children, Darcey, 16, and Billy, 12, have supported their father, adding: “They’ve been amazing – all the way through.”

Meanwhile, Kate’s been open and honest about her journey with Derek in recent months.

She recently shared how his condition has impacted their marriage and changed their relationship as a couple.

The GMB star told Good Housekeeping: “When you nearly lose someone, it certainly brings everything into sharp focus.

“In many ways, we’re still learning how we are as man and wife, as so much has changed.”

Kate and her husband, a former lobbyist, first met in 2004 after they were introduced by a mutual friend.

They started dating and soon fell for each other, and tied the knot in 2005.

What do you think of Kate Garraway’s remarks about her husband, Derek Draper? Leave us a comment on our Facebook page @EntertainmentDailyFix and let us know.