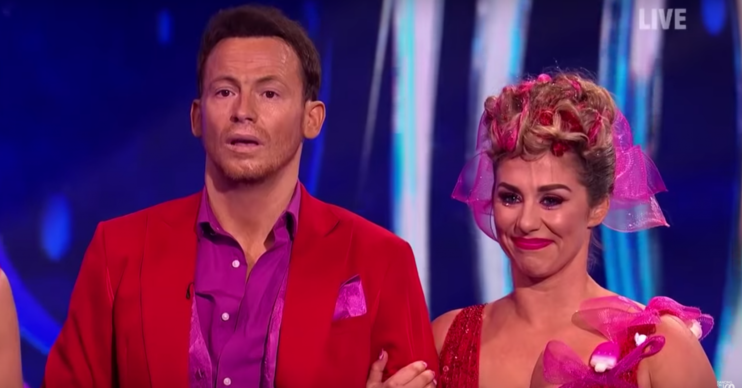 She said she's "heartbroken" over the decision

Joe Swash has slammed Dancing On Ice‘s decision to axe his former professional partner Alex Murphy from the next series.

Alex, who won this year’s series with Joe, announced the news on Instagram on Wednesday, saying she was “broken hearted” over the decision.

Joe commented on Alex’s post and branded the decision “terrible”.

He wrote: “What is going on!!! Terrible decision.”

Alex wrote: “It is with a heavy heart that I release the following statement.

“For the last three years, Dancing On Ice has not only been my job, but also what I considered to be my family.

“I am broken hearted to announce that I have recently been informed that I will not be re-contracted for Dancing On Ice 2021 series.”

Alex went on to say the decision “has come as a huge shock to me” and she’s been feeling “bewildered, lost and devastated”.

She continued: “I am so grateful for the three years that I had on this incredible show and I will wholeheartedly miss everyone and everything about it.

“Though I am heartbroken, I am a firm believer that everything happens for a reason.

“Although this hurts right now, I will pick myself up and work forward towards the future.”

In conclusion, Alex  thanked her colleagues at Dancing On Ice and the viewers for their “constant support and love”.

She added: “It was an incredible part of my life and though it is ending sooner than I would have liked, I am grateful for the memories.”

An ITV spokesperson told the Mirror Online: “Each series the Dancing On Ice team looks at our existing line-up and explores opportunities to potentially introduce some new faces to the skating professional team.

“Alex Murphy will not be appearing in the next series and we wish her all the best for the future.”

Fans were shocked by the news with one person saying: “What? Why?! I won’t watch! You’re my favourite.”

Read more: Dancing on Ice ‘will return in 2021 with top budget for talent’ amid coronavirus pandemic

Meanwhile, many of Alex’s celeb pals shared their thoughts.

One of the show’s judges Ashley Banjo said: “Can’t believe that…”

Are you sad Alex won’t be doing the show next year? Leave us a comment on our Facebook page @EntertainmentDailyFix and let us know.