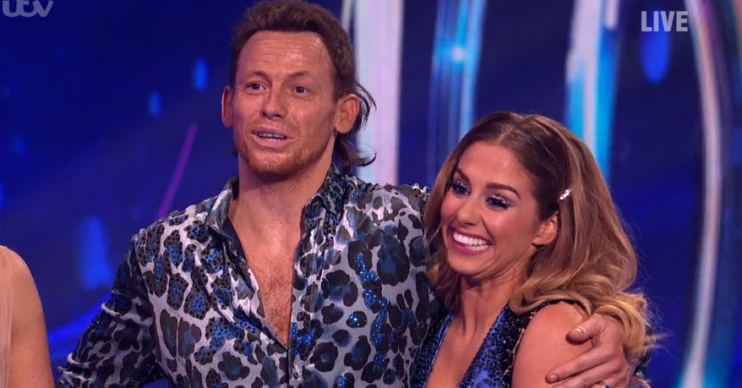 The star needed more fluid drained from his infected ear

Joe Swash had to go to hospital for a second time today following his Dancing On Ice partner giving him a cauliflower ear.

The 38-year-old needed more fluid from his ear drained after an accidental kick from Alex Murphy left him with an infection but luckily doctors have given him the all-clear for this Sunday’s final.

Joe, who is now sporting a huge bandage around his head, said in an Instagram video: “I went to the hospital and my ear swelled up again and they had to drain it, which was honestly the worst feeling in the world.

“But the worst feeling in the world is that I think the bandage has actually got bigger.”

Joe told This Morning:  “They had to drain it again – it keeps filling up with liquid. It’s too early, it’s not very nice.

I went to the hospital and my ear swelled up again and they had to drain it.

“But the good thing is he’s going to let me take it off for Sunday. I did hear people going: ‘Can get purple bandages?’ I was like: ‘No way.'”

But poor Joe won’t get much sympathy at home, with girlfriend Stacey Solomon saying his bandage makes him look like Mother Teresa.

She joked on Instagram: “He’s home… or should I say Mother Teresa’s back”.

🤍 Because of you, I laugh a little harder, cry a little less and smile a LOT more 🤍 Took this earlier before all of our babies suddenly got struck down with a bug 😩 I had the best morning just being silly with you and having all the cuddles, it’s been a while sometime I forget how funny you are 😂🥰… Anyway that’s enough mush, Now hurry up and get home, grab some marigolds and a sick bucket on your way back it’s going to be a lonnnnng night 😂🙏🏼 P.S I realise I have lipstick on my teeth in this picture Hoe’s girl code is terrible 😂

Taking to Instagram yesterday, Joe explained his injury: “So basically what happened was me and Al were doing disco dad and her skate kicked me in the ear which gave me cauliflower ear.

“Then it got infected which meant last night I had to get rushed to hospital and have an operation on it and cut it open and drain out all the gooey stuff.

“The best thing is the doctor said I have to keep this on my head until Sunday, so all week we’re going to be doing the Bolero looking like this.”

Cauliflower ear usually happens when an extendable portion of the ear is hit, and fluid or a blood clot develops.

We hope Joe feels much better by the final!

Visit our Facebook Page @EntertainmnetDailyFix and let us know what you think of this story.