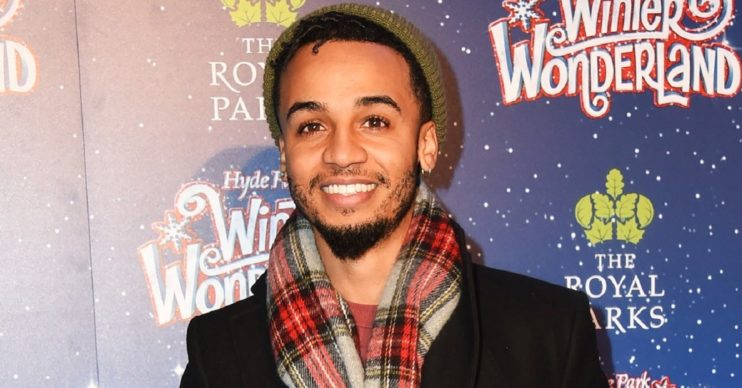 Former JLS star Aston Merrygold has melted his fans’ hearts with a picture of his newborn son, Macaulay.

The singer, 32, posted a snap of the tot on Instagram and told fans his life is “complete” now his family has become a foursome.

Read more: Aston Merrygold picks his 12-month-old son to be his best man!

What did Aston say?

He captioned the black-and-white photo: “I thought life was complete on January 30 2018… but June 5 2020, three just became a perfect four!”

Presenter Rochelle Humes commented on the pic with a string of heart emojis, as did Britain’s Got Talent judge Alesha Dixon and former X Factor star Alexandra Burke.

One of Aston’s fans commented: “Aw so cute.”

A third wrote, with a heart-eyes emoji: “This is the cutest thing ever.”

Someone else said: “Congratulations to your beautiful family. Grayson is going to be the best big brother!”

Aston and Sarah announced the birth over the weekend.

They made the reveal in an Instagram post on Saturday (June 6), when Aston told his followers: “Welcome to the world baby boy Macaulay Shay Merrygold 12:52 5/6/2020.”

The picture showed their newborn’s hand gripping his mum and dad’s fingers.

Last month, Aston shared the baby’s due date with an Instagram photo showing him and Sarah with the positive pregnancy test from when they discovered they were expecting, back in October.

They announced the pregnancy in December, when Aston told OK! magazine: “Every December, we try and do a JLS family Christmas thing with all the kids, but it was a bit earlier this year at Rochelle [Humes] and Marvin’s.

“Everyone has been asking about the wedding, so we said, oh guys, funnily enough, we’ve got a save the date.”

Sarah explained: “We had mocked up these save the sates and when they turned them over there was the scan picture! The girls screamed! Rochelle and Chloe [Gill] couldn’t believe it.”

Aston and Sarah met in 2011 at Capital Radio’s Summertime ball.

She became a JLS back-up dancer in 2012 and they confirmed their relationship that year.