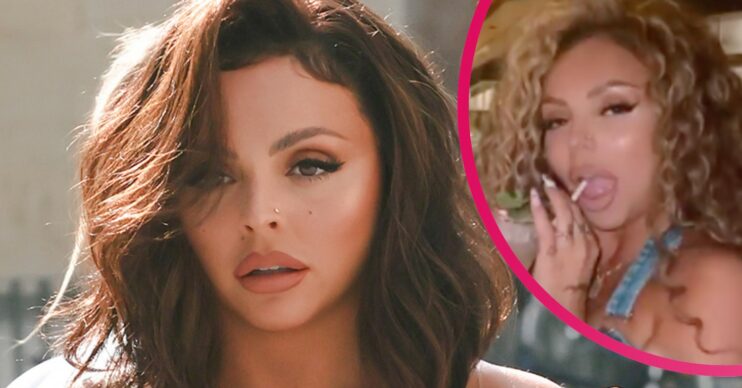 Jesy Nelson looks positively radiant on her latest night out with her mates.

The former Little Mix singer, 30, flaunted her toned abs and ample cleavage in a revealing outfit.

Joined by her female friends, the X Factor winner enjoyed an evening at the Cabaret All Stars.

This celebrity-fronted show is hosted at Proud Embankment, London, and Jesy seemed to be having a whale of a time.

Her Instagram Stories showed her pouting at the camera as she showed off her svelte physique.

Letting her bouncy hair loose, she looked decidedly sun-kissed and healthy as she posed away.

What is Jesy Nelson up to these days?

The celebrity has kept a fairly low profile since quitting Little Mix in December of last year.

But in recent weeks she’s shared a bit more of her private life to social media – including her wild nights out with her pals.

What’s more, fans are desperate to know when her solo album will be released.

She teased her loyal fan base with a snap of her in the studio earlier this year.

And has confirmed that she is signed up to do her first solo album.

In June she appeared to accidentally release a snippet of an upcoming track to Instagram.

But deleted it just moments later – and a release date has yet to be confirmed.

As for Jesy’s love life, she was dating actor Sean Sagar.

They confirmed they were dating last summer, and shared loved up snaps across their social media profiles.

But by March 2021, they’d unfollowed one another, and Jesy has deleted all trace of him on her accounts.

Although they haven’t publicly confirmed a break-up, it seems fairly likely.

Prior to dating Sean, Jesy was in a relationship with former Love Island star Chris Hughes.

They announced they’d split in April of last year, after 16 months together.

Chris has since said of their split to new magazine: “It’s just one of those things — people grow apart and things happen. It’s a part of life.

“Not everything is meant to last and the world would be very weird if everyone who went out with someone was with them for the rest of their lives.”