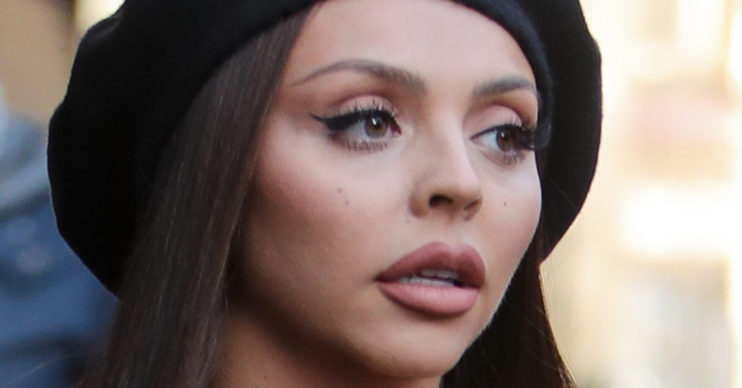 Jesy Nelson looked sensational on Instagram as she posed in a white bikini on a beach break.

The ex Little Mix star, 29, is impossibly glamorous as she perches on a rock.

Donning a flattering bikini, her ample curves are firmly on display.

And her fans can’t get enough of her sultry look.

One user asked: “How are you real?” and another user gushed: “Omg you’re a vision.”

A third user praised: “You’re so stunning! Wow.” And yet a further user raved: “Are you a parking ticket cause you’ve got fine written all over you.”

The post comes as she is celebrating her first solo Cosmopolitan UK cover.

What has Jesy Nelson said about Little Mix?

In the issue, she discusses her mental health battles and why she quit Little Mix.

In fact, here she says that she feels freer since quitting the group, and felt a constant pressure to diet while in it.

She tells the magazine: “I’d wear corsets and [bleep] like that to make myself look the size they were. Now, I’m not looking at the screen thinking, ‘Oh my god, I don’t look as good as them.’ I feel free.”

Jesy announced in December that she’d left the band for good.

Why did Jesy leave the group?

Her statement included: “I find the constant pressure of being in a girl group and living up to expectations very hard.”

She continued: “So after much consideration and with a heavy heart, I’m announcing I’m leaving Little Mix.

“To every single fan who came to see us in concert, who listened to our songs and sung their hearts out, sent me messages and supported me along the way I want you to know I love you all so much and I could never have done this without you and I appreciate it endlessly.

“Most of all I want to say thank you to Jade, Perrie and Leigh-Anne for creating some of the most amazing memories I’ll never forget.

“I hope that you’ll continue to fulfil all of your dreams and keep making music that people love.”

Jesy is said to be currently working on a new solo music project, but release dates have yet to be confirmed.

Meanwhile, Little Mix have continued on with their music as a group.

They released the music video for their hit Confetti last month, their first official music video without Jesy.