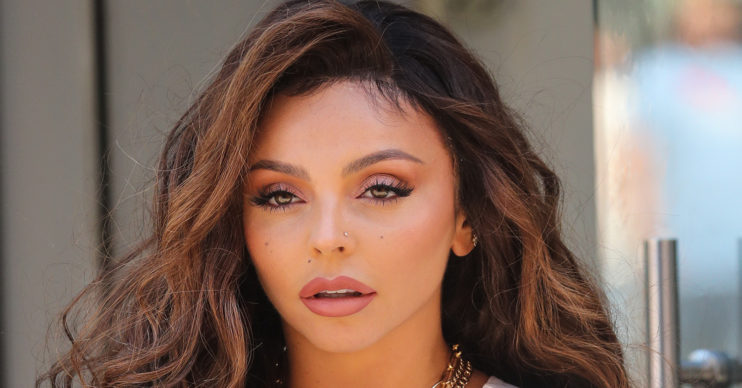 She departed from the group in December

The 29-year-old musician, who quit the band in December last year, shared the “exciting” career news on Instagram.

Alongside a shot of herself at Polydor records, Jesy teased her upcoming solo work.

What did Jesy Nelson say?

The singer captioned the post: “So excited to announce that I’ve signed my first ever solo record deal with @polydorrecords  @universalmusicgroup.

“This is such a pinch me moment. I cannot wait for you guys to hear what I’ve been working on.”

The news comes five months after Jesy announced her departure from Little Mix.

This is such a pinch me moment

But it appears fans have well and truly moved on.

Taking to the comments, one wrote: “Congratulations SO PROUD OF YOU! Let the new adventures start!”

Another gushed: “Wooooooo!!! Yassss babe so excited for u!!!”

Jesy’s debut solo album is due out later this year.

Why did the singer quit Little Mix?

Meanwhile, Jesy recently opened up on her decision to leave the band.

The star had spent nine years of topping the charts with Perrie Edwards, Jade Thirlwall and Leigh-Anne Pinnock.

However, she reached “breaking point” during filming for their single Sweet Melody.

Speaking to Cosmopolitan, Jesy explained: “I immediately became a different person. I had anxiety.

“Whenever we had a music video, I put an enormous amount of pressure on myself to try and lose weight.

“I have a fear of looking back on the camera. If I don’t like what I see, I find it so hard to be in front of the camera and feel amazing and perform.”

Furthermore, it’s claimed Jesy wanted a fresh start away from the group.

A source told The Sun: “The plan was always to stay in touch but that just hasn’t happened because Jesy didn’t want it.

“She wants to sever ties and start again – that seems to be both professionally and personally.”

Despite rumours of a rift, the singer did congratulate her former band members after the Brit Awards.

During the ceremony, Little Mix picked up the award for Best British Group.

After the ladies thanked her in their speech, Jesy broke her silence about the win on Instagram.

She posted a picture of the trio to her Instagram Stories and sent the girls her love.

She also added three clapping hand emojis to the post.