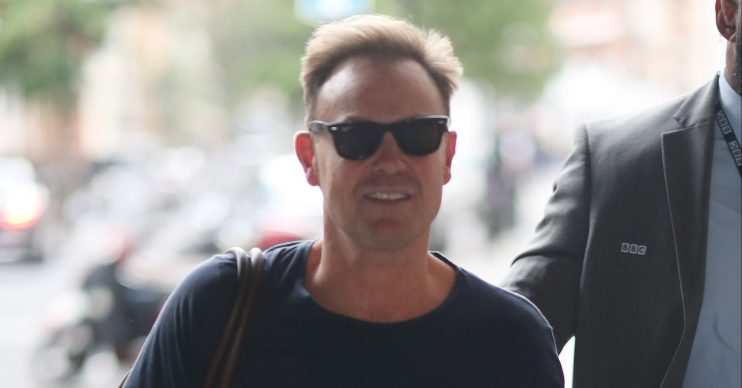 Jason Donovan rescues neighbours from a fire in just his pants!

Jason Donovan rushed out of bed in just his pants to save his neighbours from a fire last weekend.

The 51-year-old actor was woken from his sleep at the London home he shares with wife Angela and their three children and when he looked out of the window, he saw the house opposite was ablaze.

His manager, Sam Wright, said: “He’d been at a gig on Saturday night. I left him around two o’clock in the morning.

“[Two-and-a-half hours later] There was noise [which woke him] and he looked out the window and there was what you don’t want to see – a fire over the road, literally opposite.

“He was just in his underpants.

Without stopping to dress, the Too Many Broken Hearts singer grabbed the fire extinguisher he keeps at home for emergencies, ran across the road and began to tackle the blaze – which appeared to have been caused by an electrical fault – before the fire brigade turned up “really quickly”.

Modest Jason insisted he didn’t do anything out of the ordinary.

Sam added to Daily Mail newspaper columnist Sebastian Shakespeare: “Jason said the people over the road are horrified that they’ve had a fire in their house.

“He’s just glad that everyone’s OK. He said anybody would do the same.”

This isn’t the first time Jason has come to the aid of a neighbour this year.

The former Neighbours star was out on a run in Notting Hill, just seconds away from his home, in May when he came across a woman who had collapsed.

He stayed with her for around 15 minutes, during which he iced her cheek and called emergency services to find out the best way to help.

A source said at the time: “The woman was in a bit of a state.”

My family. My life ! Couldn’t be happier when these guys are by my side ( opening night dressing room @josephmusical 2019 ) , supporting me as they always do .. love you Ange, Jemma , Zac and Molly. You are everything to me ♥️

Read More: Gemma Collins to return with new episodes of her BBC podcast

Jason was with her for around 15 minutes until the paramedics arrived. “He stayed with her while they treated her on the pavement, but the other bystanders left,” a source said.

“It looked like he was on the phone to 999 while they were waiting.

“I think he went home to get some ice because he was holding a bag of it against her cheek.

“She had a very nasty, large bruise from where she had fallen.”

Jason insisted he is “no hero” and was just doing what anyone else would have done.

He said: “I’m no hero. I did what any responsible citizen would have done. I just wanted to help someone in need.”