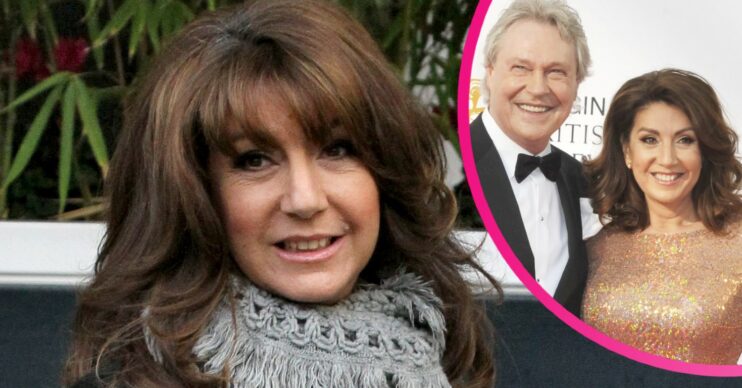 She's returning to the stage after losing her partner

Jane McDonald has called off her retirement plans following the sad death of her partner Ed Rothe.

The 58-year-old television star had planned to retire at the end of this year, but has since made a huge U-turn.

Taking to Twitter, the star posted a video of her previous sell-out gigs.

She captioned the post: “I’m so excited to be back out on tour next year! For more information and a list of tour dates visit my website https://jane-mcdonald.com.”

Jane will be busier than ever next year as she prepares to hit the road for a total of three months.

The star is set to perform in the likes of Blackpool, Edinburgh and Newcastle.

Her tour kicks off in Leicester on June 9, while Wolverhampton will be her last gig on September 11.

Fans were thrilled by Jane’s announcement, with one saying: “You are our world Jane! Looking forward to seeing you next year and Leeds for your Christmas concert.”

I'm so excited to be back out on tour next year! For more information and a list of tour dates visit my website https://t.co/WGtoBPblb7 pic.twitter.com/WTvoVhTt35

Read more: Jane McDonald breaks down in tears over death of Eddie Rothe on Loose Women

A second wrote: “It will be lovely to see you about on tour again. Jane we all love you so much you’re amazing.”

A third added: “You’re an amazing person Jane, so strong and so brave. It was so emotional today on Loose Women and I’m so impressed by you. Love you even more and sending you positive energy and hugs.”

In addition, a fourth penned: “Much love & support to you Jane. As a carer of a loved one I have an idea of what you have been through. Look forward to the future. You have a lot planned.”

It came after Jane discussed her decision to tour again on Loose Women.

She explained that after Eddie’s death, her fans have helped her to heal.

Jane shared: “I was supposed to be retiring at the end of the year.

“But it’s been the only thing that I know what to do.

“It’s been my healer being out with the fans and I thank them so much for everything that they’ve done for me, and Wakefield Hospice, obviously, as well.”

She continued: “But that’s the only thing I know what to do, so I’m going back and doing another travel show.

It’s been my healer being out with the fans

“I’m going to the Caribbean, it’s terrible isn’t it, that?”

Jane lost her beloved Ed to lung cancer back in March.

Speaking about the musician for the first time yesterday, she said: “I don’t want to feel sad for the rest of my life because that wasn’t Ed. Ed was golden. He was beautiful.”