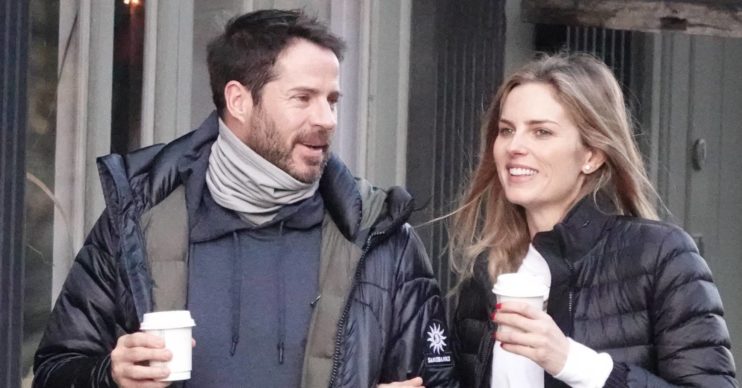 The baby is said to be due in November

Jamie Redknapp and girlfriend Frida Andersson are “expecting a baby in November”, it has been claimed, as the model “confirmed” she is pregnant on social media.

Dad-of-two Jamie, 47, and mum-of-four Frida, 37, are said to be “absolutely delighted” to become parents again.

The Sun reports Jamie – father to Charley, 16, and Beau, 12, from his marriage to Louise – can’t wait to welcome another child into the world.

A source claimed Jamie and Frida told friends and family about their news last week.

The insider said: “Jamie’s been telling pals he’s really excited to be a dad again – less excited about the sleepless nights, and ­nappy-changing.

Earlier today (May 24), model Frida indicated she is indeed expecting on social media.

Their relationship has gone from strength to strength.

She reacted to comments and congratulations from fans on her latest Instagram post with the prayer hand emoji.

One post that Frida responded to read: “Lovely news on your new baby. Congratulations to you both.”

So how have the family of Jamie Redknapp reacted?

It is reported Harry Redknapp and Sandra Redknapp – Jamie’s parents – have been told about their latest grandchild.

However, it is not known whether Jamie has informed his ex Louise.

They split in 2017 after being married for nearly two decades.

However, The Sun claims they have been dating for 18 months. Nonetheless, the insider says they couple have become very close.

The source continued: “They’ve been virtually inseparable in lockdown, and their relationship has gone from strength to strength.”

He also indicated he and Louise are on the same page about how they deal with their sons.

Jamie told Hello! magazine: “I’m very fortunate I’ve got two great boys. When you co-parent, it’s something you have to do together. You have to make sure you’re both pulling the right way.”

He continued: “Louise does a great job with the boys. We do the best we can and try to be tough but fair.”

ED! has approached a representative for Jamie for comment.