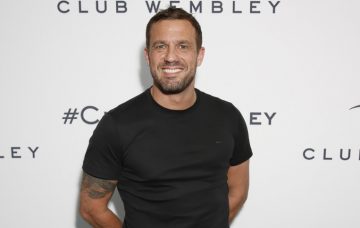 They look so young!

The ex-Hollyoaks actor stumbled across a classic old photo of him with his sister, Emmerdale’s Charley Webb, and thankfully, couldn’t resist sharing it with all of us!

In the pic, posted to Jamie’s Instagram, the siblings are seen looking much younger as they pose for the camera.

wow, found this oldie of me and my little sis @miss_charleywebb #family😍❤

Jamie, 43, didn’t say exactly when the pic was taken, instead captioning it: “Wow, found this oldie of me and my little sis.”

Fans loved the sweet snap with one remarking: “You look so young and so baby faced.”

Another fan wrote: “Wow you can really see the family resemblance…. you’re both gorgeous!”

A third said, “Wow, such a handsome pair, you’ve both changed, but just a little though,” while a fourth wrote: “How young do you both look lol.”

He took part in last year’s I’m A Celebrity… Get Me Out Of Here!

The two siblings are known to be close and Jamie walked Charley down the aisle when she married Matthew Wolfenden earlier this year.

The wedding took place at Ripley Castle in North Yorkshire and was a total surprise to guests, who thought they were attending a 30th birthday bash for Charley!

Charley and Matt surprised everyone by announcing their wedding and then calling out who they wanted to serve as members of the bridal party.

Charley told OK! Magazine: “[My sister] said Jamie was so devastated as we had announced the ushers, best men and bridesmaids but then he realised.

“As if we would forget him! He can’t get over the fact I asked him to do it.”

Do you miss Jamie in Hollyoaks? Are you an Emmerdale finish? Leave us a comment on our Facebook page @EntertainmentDailyFix and let us know what you think!