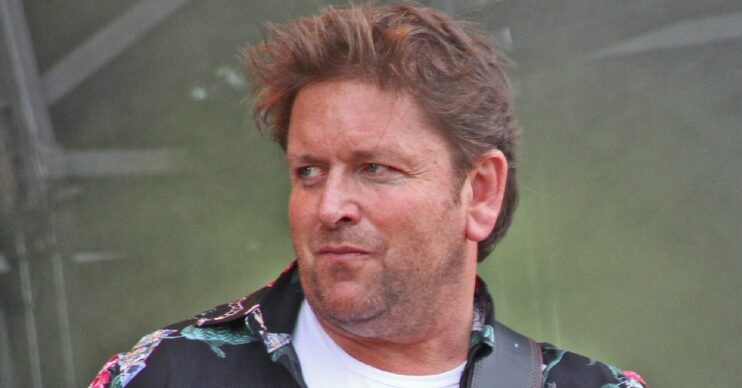 The 50-year-old chef revealed the “sad” news on his social media for his 696k followers to see.

The celebrity chef shared a black-and-white photo of a young Alastair Little – along with a lengthy caption.

“So sad to hear the news one of the true godfathers of British food has passed away,” he wrote.

He then went on to say that he had had the “honour” of meeting Alastair at college – and later on Ready, Steady, Cook “and beyond”.

“The man was a legend in so many’s eyes and mine and my thoughts go to his family and friends,” he continued.

“Chef, you are and always will be a legend to me and many others. RIP.”

Plenty of James’ followers took to the comments to pay tribute too.

“Omg, such sad news and one of the legends,” another said.

“I am so very sorry for the loss of such a lovely man and wonderful chef. Rest easy now Alastair Little,” another commented.

The celebrity chef’s sad tribute comes not soon after he made some controversial comments.

During a recent interview, James revealed that he loves fishing, as well as shooting birds.

Later in the interview, he said: “Shooting wise I enjoy pheasant and partridge shooting but mostly I love picking up with Cooper.”

“The Guns always look a bit surprised when they see me at lunchtime. At the end of the day, I always take away 60-70 brace straight back to my restaurants.”

Surely his comments won’t have gone down well with animal lovers!