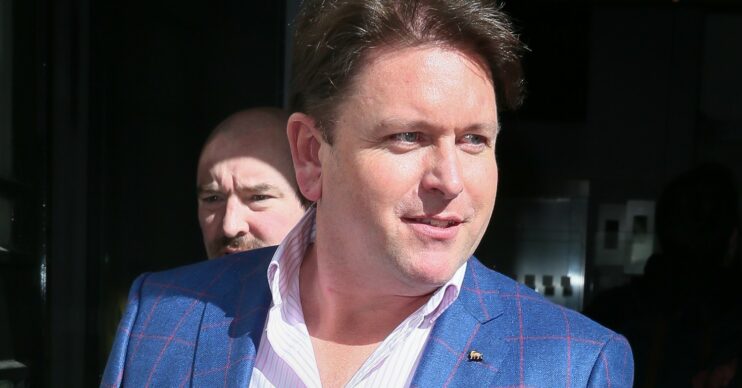 The TV star let slip that he has a controversial hobby

Saturday Morning star James Martin has made a confession that could lose him some fans.

The BBC chef is hugely popular with viewers, however, that may change following his latest interview.

The TV star has revealed that he has a controversial hobby that may anger some animal lovers.

As well as enjoying a spot of fishing, James also has a fondness for shooting birds.

“Fishing-wise, a friend of mine has a nice stretch on the River Test and another mate of mine has a bit of the River Itchen so I get out there whenever I can,” revealed the star.

“I’ve really got into fishing but I think that’s an age thing as well, I was never really into it as a young kid. I think the older I’ve got the more I’ve realised what a special pastime it is.

“On one trip to Scotland I spent four days on the River Tay and caught nothing but a cold but just being there was something I’ll never forget.”

Going on to share his love of shooting, James went on to say: “Shooting wise I enjoy pheasant and partridge shooting but mostly I love picking up with Cooper.

Shooting wise I enjoy pheasant and partridge shooting but mostly I love picking up with Cooper.

“The Guns always look a bit surprised when they see me at lunchtime. At the end of the day, I always take away 60-70 brace straight back to my restaurants.”

James found fame in 2006 when he made his first appearance on the BBC show Saturday Kitchen.

He ended up fronting the programme for a decade, before eventually choosing to quit the series back in 2016.

The beloved star now pulls in viewers on the weekends with his own ITV show James Martin’s Saturday Morning.

James Martin’s Saturday Morning airs at 9.25am on ITV.

He is appearing at The Game Fair, which is taking place 29-31 July at Ragley Hall in Warwickshire.

Are you a James Martin fan? Leave us a comment on our Facebook page @EntertainmentDailyFix and let us know!