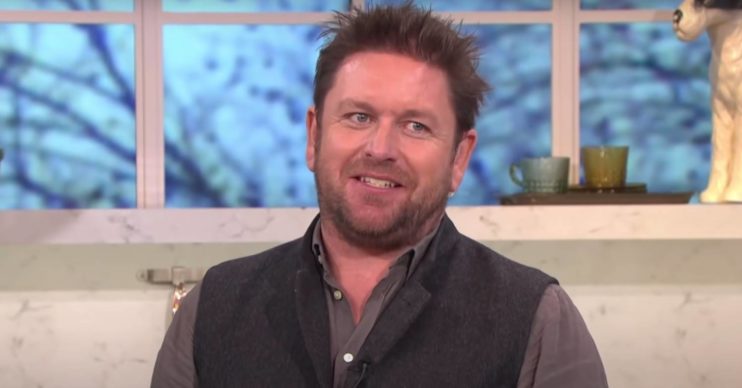 The popular star uploaded the black-and-white snap as he greeted his Instagram followers ahead of his ITV show.

It showed him as a tot looking slightly surprised and wearing a stripy jumper.

Fans cherished seeing the dashing cook as a toddler – with some suggesting he has always been “cute”.

Read more: James Martin on Saturday Morning: Host opens up about his dyslexia and says ‘it’s a nightmare’

“Haven’t changed one bit,” joked one admirer in the post’s comment section.

“Still cute as a button today James,” agreed another fan.

And a fourth person cheekily added: “Cute then. Cute now.”

Others remarked that James’ style was a real throwback to their own childhoods. And it seems James’ dapper attire was a fashion hit at the time.

“Always love a photo with a 70s roll neck jumper,” wrote one observer.

“I had that jumper too! Classy 70s boys,” said another.

Someone else laughed: “I believe I had a jumper pretty much similar to yours… gotta be an age thing!”

And yet another person added: “I’m pretty sure I had that jumper.”

It isn’t the first time that James has shared images from his past with his 600,000 social media fans.

Last summer he stunned supporters with a series of pics – and some even compared his youthful looks to those of Prince William!

One image showed him enjoying a glass of something fizzy as he celebrated his 21st birthday.

Other throwback pics showed James wearing a pair of flared trousers and enjoying an ice cream as a toddler.

He also previously given followers a glimpse into his family life during an occasion where he let a relative do all the food preparation.

An image from last September showed his mum cooking and attending to a series of pans.

James captioned the pic: “She’s gonna kill me for this but I bloody love this woman… Mother cooking me dinner.”

He later added after fans reacted: “Ha ha she now wants to know if she’s trending.”

James Martin’s Saturday Morning airs on ITV, Saturdays, from 9.30am.