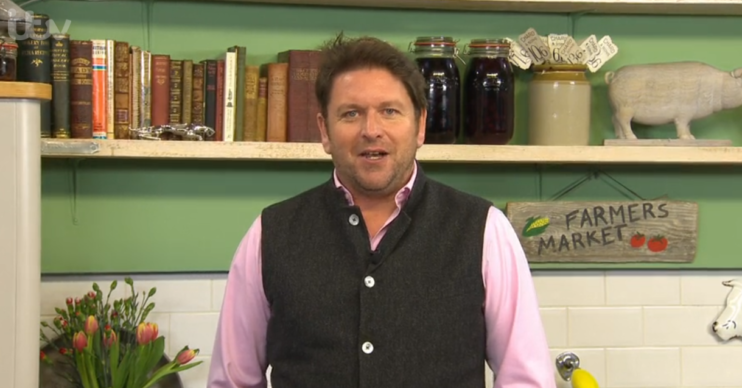 The TV chef certainly looked like royalty during his 20s

James Martin has stunned fans with a series of photographs from his childhood and younger years.

The Saturday Morning host, 48, treated followers to the throwback snaps on Instagram and his fans thought he looked exactly like a young Prince William.

The shot showed James on his 21st birthday at Chewton Glen Hotel & Spa in New Hampshire.

He captioned the photo: “This one is funny… my 21st birthday at @chewtonglen… 25 odd years later and 8 weeks ago I’m back cooking with my name on the door.”

A third agreed: “You have the look of a young Prince William… Or is it just me thinking that…?!?!”

A fourth added: “Omg glad I’m not the only one who thought it lol.”

The throwbacks didn’t end there, with James later posting a snap of himself alongside his sister in a pair of flared trousers.

While another showed him as a toddler tucking into an ice cream.

He also shared one from when he was 10, writing: “Ha, ha me aged 10ish…mother sending me pictures📷.”

He shared an update with fans on Instagram, featuring a photo of his iconic kitchen with its huge gold and black clock.

Alongside the snap, James spoke of the “changes” since he last filmed.

The host said: “Well it’s been a while so might be a bit rusty… the new Saturday show series… a few changes, as you can imagine.

“Limited crew, guests etc… but new ideas and the team have been working hard to make it all work, given the amount of restrictions in place…

While new episodes of Saturday Morning were put on hold, fans still got to watch episodes as ITV aired classic repeats.