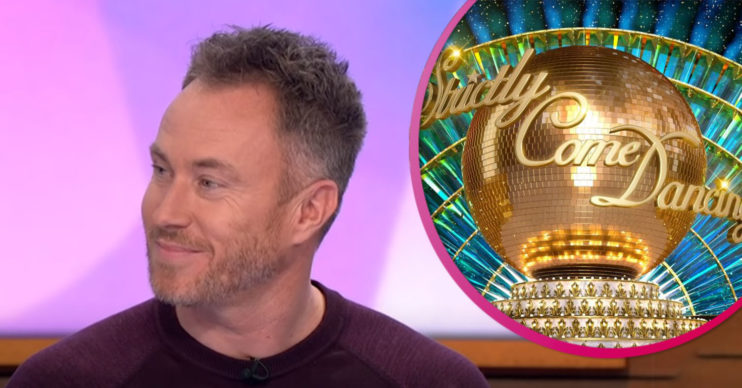 Strictly is expected to return later this year

James Jordan has ruled out a return to Strictly Come Dancing as a professional dancer.

However, James admitted he thinks he’s “too old and fat” to make a return to the show.

What did James Jordan say?

Speaking to The Sun about the possibility of returning, James said: “No, not now. I’m too old, too fat and too slow. Let the young ones do it. I like watching them.”

The BBC series is expected to return later this year.

However, it will air later than planned and will have some modifications because of the coronavirus pandemic.

I’m too old, too fat and too slow. Let the young ones do it.

James said as long as bosses make it safe, he thinks they will “find a way” to bring it back like normal.

He added: “It’s their flagship show and  if people are allowed to go in pubs and shops, why can’t Strictly come back?

“That’s as long as they make it safe, which I’m sure they’ll find a way to do.”

Meanwhile, judge Bruno Tonioli may also have to miss this run due to COVID-19.

He works on Dancing With The Stars at the same time and flies between the UK and the States to cover both shows.

However, due to travel restrictions and COVID, he may not be able to do that this year.

It’s not yet confirmed when the series will officially start, however, it reportedly could be as late as October.

The number of contestants could be reduced from 15 to 13 so therefore, the final can take place before Christmas.

Are you hoping Strictly will return this year? Leave us a comment on our Facebook page @EntertainmentDailyFix and let us know what you think!