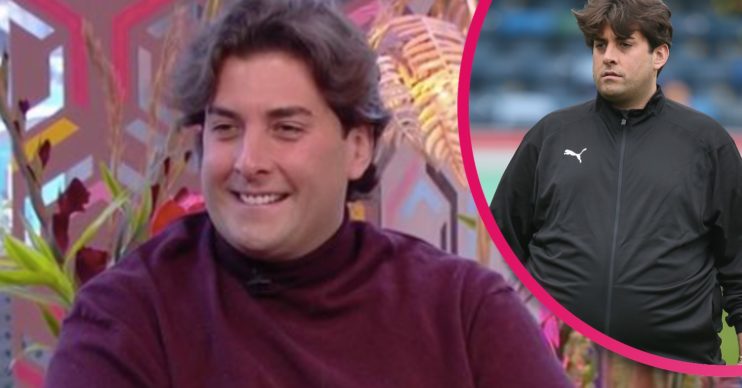 James Argent: What kind of surgery did he have and how much weight has he lost?

James Argent has updated his fans on his weight loss journey. But how much has he lost?

The former TOWIE star, 33, recently underwent surgery to try and slim down.

So how much weight has he lost? And what kind of surgery did he have?

And whatever happened between him and Gemma Collins? We take a look below…

What kind of weight loss surgery did James Argent have?

He decided to go under the knife after doctors warned him that he was risking his health and lifespan.

Tipping in at 27 stone at his heaviest, he said lockdown only exasperated his addiction to over eating.

The weight loss surgery is said to have cost around £10,000. Gastric band surgery involves putting an adjustable band at the top of the stomach.

This helps reduce how much a person can eat, promoting weight loss.

While appearing on Loose Women in April, Arg said his health and sobriety were now paramount.

He told the panel: “First things first is to remain clean and sober, secondly to have a healthy weight.”

How much weight has Arg from TOWIE lost?

“Four stone out of 11 or 12 might seem like a drop in the ocean but I’m pleased I’ve made progress already.”

“I feel so much happier already, I feel healthier already, I’m lighter on my toes, I’m more confident. I’m really loving life at the moment.”

He added: “Now I’m starting to feel like myself again and I’m excited about what the future is going to bring.”

Meanwhile, over on Instagram, he shared that he’s back to swimming at a London lido as part of his new healthy living regime.

What happened between Arg and Gemma Collins?

Arg and Gemma were in an on and off relationship for years.

The couple started dating on TOWIE and continued their relationship even after they both left the show.

He appeared on her Diva Forever show but their relationship appeared rather rocky.

Gemma later shared alleged text messages from James in which he allegedly called her “a hippo”.

Although it was believed they broke up during lockdown, Gemma later revealed she’d become pregnant with his child last year and sadly suffered a miscarriage.

Yet it does appear that they are finally over now as Gemma has been pictured enjoying dates with her former fiancé Rami Hawash.

Meanwhile, Arg told Loose Women he would like to settle down and have a family.

He said: “I’m fortunate enough to have a lovely family home in Essex but I’m the only one living in it, so I would love to meet someone.

So what do you think? Let us know on our Facebook page @EntertainmentDailyFix.</strong