Jade Goody's teenage son Bobby Brazier has opened up about the stress of preparing for his GCSEs.

Sharing a snap of himself looking bored and tired, the 15-year-old gave his 22.7k Instagram followers an update on his revision strategy and admitted one subject in particular was not his "cup of tea".

how are your exams going ? • it’s 9:05 and here i am sat watching ‘i’m becoming a genderless monster’ chemistry is not my cup of tea ☕️ ... #gcse #set8 #chemistry #aqa #edexcel #dmmehelp x

He captioned the photo: "How are your exams going?

Some of his followers who are also sitting exams this summer posted their sympathies in the comments, while others rushed to offer chemistry-based puns.

One joked: "Are you made of copper and tellurium? because you're CuTe."

Chemistry is not my cup of tea...

Another commented: "Do you have 11 protons? Because your sodium fine."

Someone else told him: "Fell asleep in my RS exam and stared at the question for 20 minutes in English lit so I'd say well."

A fourth said: "In chem I wrote about Kim Kardashian by accident." 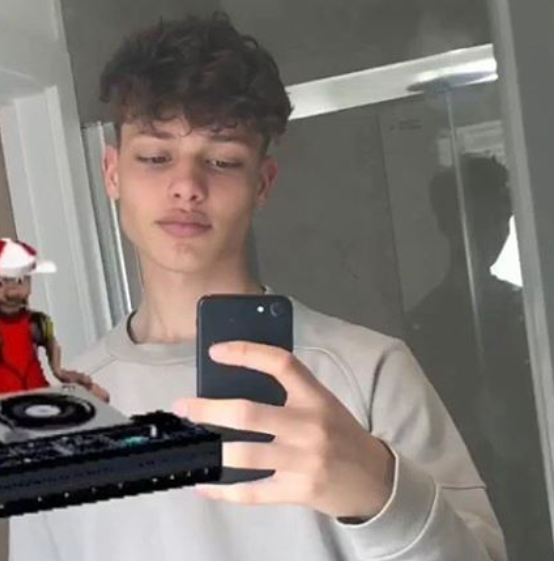 Bobby has built a faithful following on social media since his mum's tragic battle with cervical cancer plunged him and his younger brother, 14-year-old Freddie, into the spotlight.

On the 10th anniversary of her death last month, Bobby's dad Jeff, 39, shared an emotional clip of his two boys visiting Jade's grave.

The TV presenter told his followers that the three of them, along with his wife Kate and brother Spencer, took his mum out for brunch before heading to the grave in the afternoon.

As far as annual reminders of what you don’t have anymore are concerned, today has been a solid 9/10 for both effort and honesty. The boys, Kate, myself & brother Spencer took my Mum for brunch at @fredanddougs before heading to the grave in the afternoon. The boys cleaned headstones with Nan whilst I sat on the bench marvelling in how much care the boys took over their Mums ‘special place’ We then finished the day with a trip to the cinema to eat too many sweets and watch a very good film about ‘What Men Want’ I thank my Mum for sharing her mother’s day empathetically with Jade each year and for my children who divide themselves between remembering and celebrating with clarity and fortitude. I hope others with a similar story found some satisfaction on a challenging day such as #mothersday #anniversary #bereavement #grief #loss #resilience #respect #honour #balance

Jeff said: "The boys cleaned headstones with Nan whilst I sat on the bench marvelling in how much care the boys took over their mum's 'special place'."

He also thanked his lads for "[dividing] themselves between remembering and celebrating with clarity and fortitude".

The family ended their tough day with a trip to the cinema "to eat too many sweets", Jeff confirmed.