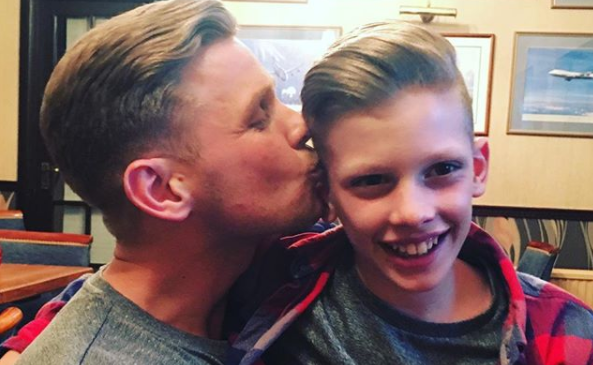 Jeff Brazier felt “helpless” in his relationship with Jade Goody.

The 39-year-old TV star split from Jade in 2004 when she was pregnant with their second child and a few years before her tragic death in 2009 at the age of 27 from cervical cancer.

Jeff has now revealed that the couple had been desperate to stay together for their sons, Bobby, now 15, and Freddie, now 14, but they were “fighting a losing battle” and feels their toxic relationship had started to “affect” their mental health.

Speaking on Giovanna Fletcher’s Happy Mum Happy Baby podcast, he said: “I think as time went by it just became obvious to both of us that we were fighting a losing battle and actually it was probably really starting to affect both our mental health.

“I don’t think I was close to a breakdown as such but there’s layers to it, there’s a scale. I don’t know how far along the scale I was I just know I was really stressed and felt helpless. Helpless is exactly the word actually.”

Jeff went on to insist that although he felt Jade was an “incredible person” he felt “powerless to help her” overcome the personal issues she suffered with.

He said: “When I met Jade I had the benefit of seeing it – when she was on telly and Big Brother, it was the last thing she actually wanted to show people – because that was her vulnerability but she gave me the right to see it and she was an incredible person for all her [faults].

Read More: Peter Andre wants to try for another baby with wife Emily

“I got it, I got the fact that she had had a difficult childhood and she wasn’t always going to be easy to be with and I’d accepted that but it just got to a point where I knew I was powerless to help her.”

Since Jade’s death, Jeff has brought up the pair’s two sons.

To mark the 10th anniversary of her death in March 2019 the boys hosted a quiz night to raise money for cancer charity Marie Curie – who were “fantastic” in caring for Jade in her final days – and children’s hospital Great Ormond Street.