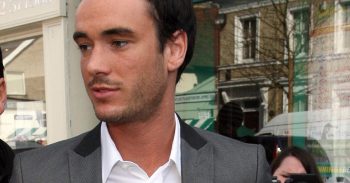 Jade Goody’s widower Jack Tweed has revealed what it was like to be reunited with her sons Freddie and Bobby, after barely seeing them since her passing almost ten years ago.

Jack explained that the boys’ father Jeff Brazier, who split from Jade in 2004, stopped him from seeing the lads when he went on a downward spiral after Jade’s death in 2009.

Now, he has met up with Freddie, 15, and 14-year-old Bobby after they asked to see him again.

Jack confessed Jeff did the right thing by cutting communication years ago.

The 31-year-old told OK! magazine: “Jeff stopped me from seeing the boys.

“At that time, I was getting into trouble and I was off the rails – so Jeff was probably right to do that.”

Jack was speaking ahead of the tenth anniversary of Jade’s death.

She lost her fight with cervical cancer on March 22, on Mother’s Day.

Read more: Jade Goody’s widower Jack Tweed on his pain over her death ten years on

Jack added that Jeff got in touch to organise a meet up with the boys and he admitted it felt awkward at first.

He added: “Now he’s seen I’ve sorted myself out, so he got in touch and said the boys had been asking about me.

“They came around to mine for tea and Jeff was there so it felt like an awkward first date!”

Jack married Jade a month before she lost her life.

Jack’s previous run-ins with the law include serving six-months of an 18-month sentence for assaulting a 16-year-old boy in 2006.

In March 2009, he was convicted of common assault after attacking a taxi driver the previous year. He was sentenced to 12 weeks in prison and was released on 29 May.