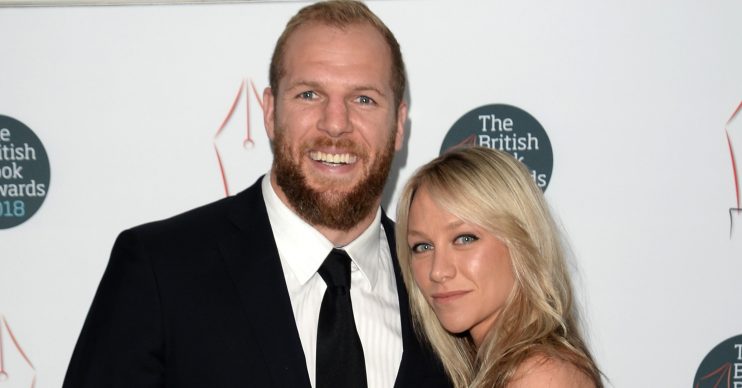 She became broody after time apart

Ex-England rugby star James Haskell and wife Chloe Madeley have revealed that they are ‘ready for a baby’ after his gruelling stint in the I’m A Celebrity jungle.

Now the couple has revealed that they’re ready to start a family.

Always a special time with @madeleychloe

The couple were speaking to Hello! magazine about post-jungle life, when Chloe, 32, said: “I’m definitely up for having a baby.

Being in the hotel with all the contestants’ families and seeing so many little kids running around really made me think.

“Being in the hotel with all the contestants’ families and seeing so many little kids running around really made me think. I’m just waiting for my husband to catch up with me.”

Chloe then joked that James, 34, seemed more interested in getting a dog first.

James responded by saying: “I’m ready, too. We’re both on the same page.”

Although he also joked that might ‘sneak’ a dog in first.

Being apart from each other for so long helped her to make the decision, she said.

She told the magazine that the couple is planning a second wedding celebration after initially tying the knot in 2018.

Throughout this series of I’m A Celebrity, James had a rocky ride.

He was accused of bullying, especially towards Corries’s Andy Whyment and Good Morning Britain’s Kate Garraway.

Chloe leapt to his defence, saying on Lorraine: “I think he just had a really grumpy day. And when you’re sleep-deprived and food-deprived and you’re surrounded by people who you aren’t necessarily friends with on the outside world, if you have a moody day you do kind of snap a bit.”

“The B word is a little bit intense,” she continued. “I personally watched it and all I wanted to do was get in there and give him some food.”