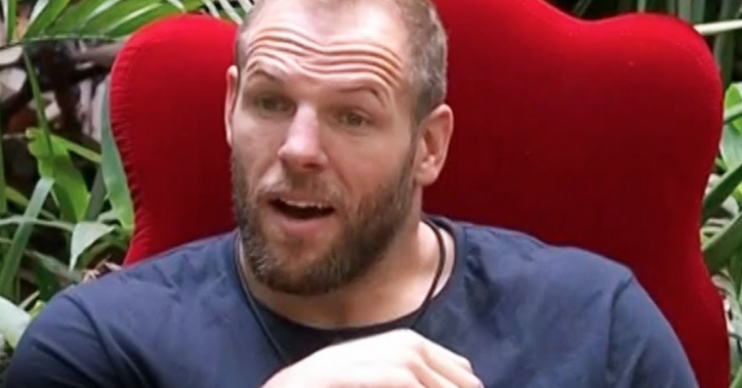 He also has some royal support...

Chloe Madeley has defended her husband James Haskell’s behaviour on I’m A Celebrity once again, dismissing claims he is a ‘bully’.

TV personality Chloe, 32, also noted ex rugby player James – nicknamed ‘The Beast’ by his fellow campmates – has the royal seal of approval for his jungle exploits.

Yesterday Chloe suggested to her Instagram followers that James has been a little out of sorts down under because he’s hungry.

And on Lorraine today, she continued to stand up for her man – insisting it is “intense” to label him as “the B word”.

Repeating her claim James is subject to hangriness, Chloe said: “I think he just had a really grumpy day. And when you’re sleep deprived and food deprived and you’re surrounded by people who you aren’t necessarily friends with on the outside world, if you have a moody day you do kind of snap a bit.

She also said eliminated celebrity contestants Adele Roberts and Andrew Maxwell had told her James is “cheering every body up” in the camp.

Chloe also noted how Princess Anne’s daughter Zara Phillips and her husband Mike Tindall – pals to Chloe and James – are backing him all the way.

She explained: “They think the whole thing’s absolutely hilarious.

“Z’s been amazing, she messages me the whole time to check up on me. She’s been great.

“And Tinds just thinks the whole thing is a great opportunity to make James suffer and is voting for him to do every Bushtucker trial that he possibly can.

“They all just find it hilarious. They don’t take it seriously at all.”

When you go from consuming 4000 calories a day, to 800… Man is going to get hangry. #GiveTheGeezaSomeFood!! #TeamHask #ImACeleb #ImACelebrity