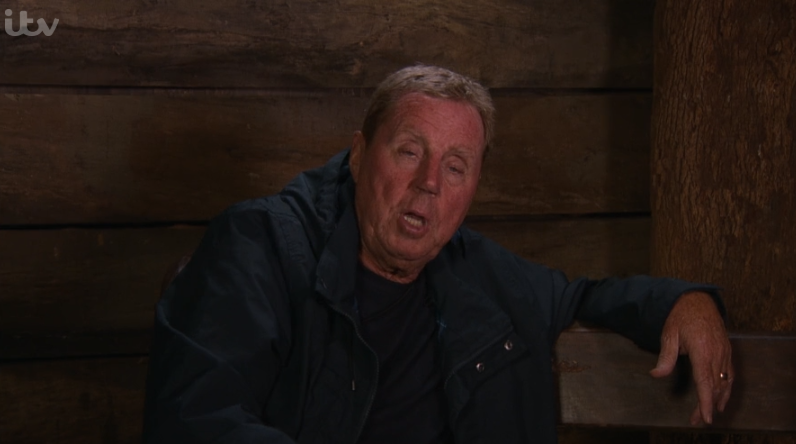 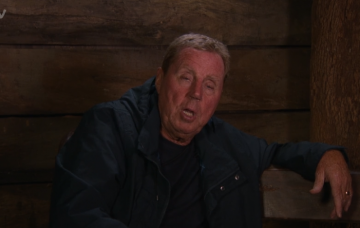 He described the incident as a "nightmare"

Harry Redknapp recalled the horrifying moment he ran over his wife during Sunday night’s I’m A Celebrity… Get Me Out Of Here!.

The football manager’s wife Sandra was left seriously injured when her foot and coat got caught under Harry’s Range Rover as he pulled away.

Sandra was taken to hospital and underwent a successful operation on her ankle.

During a Hell Holes task on last night’s show, Harry recalled the incident as he and fellow contestant Nick Knowles teamed up to drive around in a jeep to collect tokens.

As part of the red team, DIY SOS host Nick drove the jeep while Harry, 71, had to retrieve tokens from a hole containing mud crabs and spiders while fellow contestants Sair Khan and John Barrowman offered support from the backseats.

As they drove, Harry said: “I used to think I was a good driver but I had a nightmare and ran over my wife one day. I mean you couldn’t make it up could you.”

This isn’t the first time Harry has opened up about the freak accident.

Speaking to the BBC at the time of the incident, Harry said: “It was just a freak accident you know.

“Sandra went across the road and unfortunately she had gone behind the car to cross over the road and as I went to drive off I drove over her ankle.”

He added: “Its lucky, if the full weight of the car had gone over the ankle god knows what would have happened to her. We’re OK.

“She had an operation on her ankle that went well.”

During an appearance on Good Morning Britain last year, Harry admitted he “thought he had lost” Sandra.

Harry explained that he was dropping his wife to the shops and thought she had already crossed the road as he started to pull away.

But the traffic had slowed down and he ran “straight across the side of her ankle”.

“We have been together since we were 17. It slaughtered me to see her not well.”

Who is your favourite contestant on I’m A Celebrity? Leave us a comment on our Facebook page @EntertainmentDailyFix and let us know what you think!