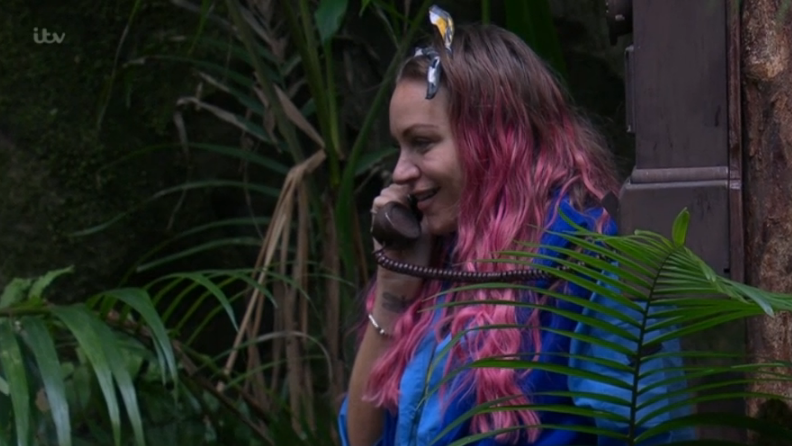 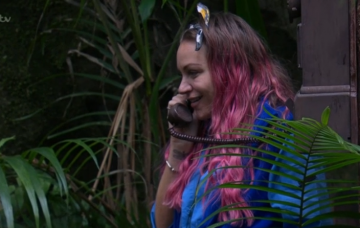 Rita Simons has left I’m A Celebrity… Get Me Out Of Here! viewers in fits of laughter after accidentally passing wind.

On Monday night’s episode, the former EastEnders actress explained that she had been having “toilet problems” since arriving in Australia.

But after heading to the dunny in Snake Rock, Rita accidentally let out a loud sound which left her fellow campmates Fleur East and James McVey in hysterics.

Rita told the Bush Telegraph: “I have had stomach problems since I’ve actually been in Australia.

“I don’t want to go and do a poo in the dunny and I haven’t done one yet because a public poo is not something I have done yet.”

Rita is then seen heading into the dunny while Fleur and James are seen walking around the camp.

Rita then let out a fart leaving Fleur and James in hysterics.

He told the Bush Telegraph: “Fleur and I were examining the beautiful scenery and it was interrupted by a thunder. Fleur thought it was a branch falling down but it was actually Rita passing wind on the toilet.”

One person said: “Rita that was fantastic. She will never live that down. Also, why are farts so funny? Even when you’re a fully grown adult farts are just hilarious.”

Rita that was fantastic. She will never live that down😂😂 Also, why are farts so funny? Even when you’re a fully grown adult farts are just hilarious #ImACeleb

Rita’s fart is the highlight of my night #ImACeleb

Rita’s toot cracked me up 😂😂 #ImACeleb no pun intended #mature

Belly laughing at Rita farting in the jungle! 😂 #ImACeleb #imacelebrity2018

Poor Rita. How embarrassing must it be knowing you’ve farted practically in front of almost 12 million people….😂😂😭 #ImACeleb

Earlier in the episode, Inbetweeners actress Emily Atack faced the first Bushtucker trial of the series.

The star was thrown into The Viper Pit, in which she had to try and collect stars for her campmates from chambers and holes occupied by snakes.

But it seems co-host Holly Willoughby was slightly more afraid as she was seen screaming in terror as she watched Emily take on the trial.

At one point the presenter even covered her eyes with her cue cards as Emily attempted to place her hand inside a chamber to grab the star.

Holly told Emily: “Just be really gentle, you might just have to move him along slightly.”

Emily said: “I can’t move him! Oh my god, he’s looking right at me. Oh my god, he just pulled tongues at me!”

Watching from the sidelines, Holly whispered to co-host Dec Donnelly: “I’ve never seen anything like this. Oh she’s going for it.”

Emily managed to bag nine out of 10 stars and also bagged a place in the luxury camp of Croc Creek, meaning she has left her fellow campmates at Snake Rock behind.

What did you think of Rita’s awkward blunder? Leave us a comment on our Facebook page @EntertainmentDailyFix and let us know what you think!