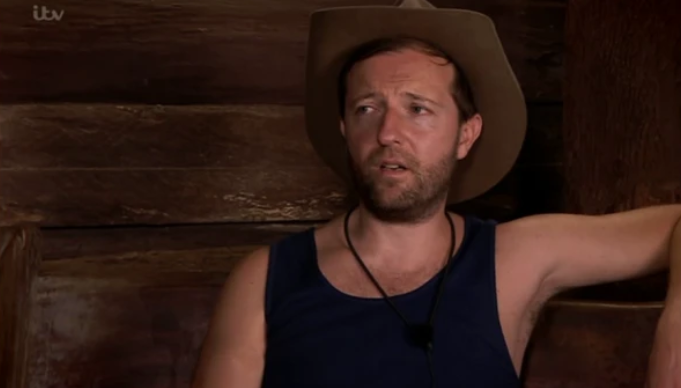 The wife of I’m A Celebrity star Andrew Maxwell has arrived in Australian to support her husband.

And stunning Suraya El-Wakil has said that her comedian husband isn’t being bullied by campmate Ian Wright.

After a series of altercations, I’m A Celebrity viewers accused the former footballer of bullying Andrew and ostracising him from camp.

Ofcom has even confirmed that it has received complaints on the subject.

However, Andrew’s wife has revealed that she doesn’t think that is the case at all.

After she landed in Brisbane, Suraya told The Mirror that she doesn’t think her other half is being bullied.

She added: “You put anyone in that environment and you’re going to have disagreements, with sleep deprivation and food deprivation.”

Suraya also revealed that Andrew “isn’t the easiest” person to live with.

And she said she sympathised with campmate Caitlyn Jenner after he took a nap instead of doing the washing-up with her.

“I will be the first to tell you he is not the easiest to live with. Not doing the dishes after dinner is a daily struggle, so I feel for you, Caitlyn,” she said.

Is it bullying? No, not at all. He’s a grown-up man. They’re all fine.

Andrew and Suraya – who married in 2016 – have three children together.

The comic rarely shares pictures of his wife on social media, preferring instead to keep his private life private.