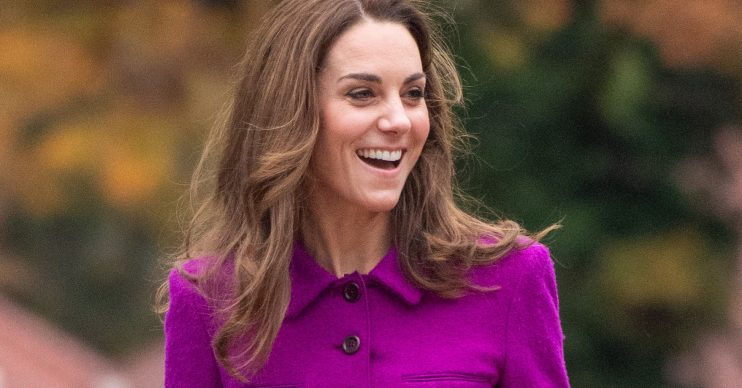 Always had an interest in children's welfare

The Duchess of Cambridge, Kate Middleton, has recently concluded a ‘secret’ two-week stint of work experience at Kingston Hospital in south-west London.

Mum-of-three Kate, 37, has long held an interest in the welfare of children, although the nature of her work experience at the hospital remains undisclosed.

The Daily Mail reports that, according to the Court Circular – the official record of all royal engagements – the Duchess ‘completed two days with Kingston Hospital Maternity Unit in London’.

The hospital delivered more than 5,900 babies at its maternity ward in 2018, and also offers assistance with home births, alongside a midwife-led unit, the publication says.

The Duchess also accompanied her husband on a visit to children at a cancer hospital on their recent tour of Pakistan – the same one her late mother-in-law, Diana, visited in 1996.

Meanwhile, the Duchess is set to be the guest of honour on Mary Berry’s Christmas TV special, a newspaper report has claimed.

The festive BBC One show is expected to show Kate Middleton and the former Great British Bake Off star teaming up to cook up a feast to treat a group of charity workers who give up their Christmas and New Year to look after others.

Other famous faces are also expected to lend Mary a hand – and the Mirror speculates the big bash may even occur at a royal venue.

It is believed filming is underway for The Mary Berry Royal Christmas Show and will continue for some weeks.

Prince William has also revealed that Kate is a huge fan of Strictly Come Dancing and has given it her royal seal of approval.

So much so that she’s made him watch it a couple of times, too!

William made the revelation to the show’s Shirley Ballas and Claudia Winkleman during a recent engagement in London.

Kate’s mum Carole Middleton is also a fan and, William said, he’s joined them to watch it “a couple of times”.

Catherine is a huge fan and my mother-in-law loves it.

“Catherine is a huge fan and my mother-in-law loves it,” he said.

He added: “I have watched the show a couple of times.”