Former X Factor hopeful and I'm A Celebrity campmate Myles Stephenson has insisted he did not cheat on Love Island star Gabby Allen.

The Rak-Su singer, 28, opened up about their pair's tumultuous relationship before heading into the I'm A Celebrity jungle last weekend.

Myles is adament he didn't cheat with an ex behind Gabby's back, which is what the Love Island star claims led to the split in August.

He claims all he did was text his former girlfriend, but even then he wasn't dating Gabby at the time after moving out of the London flat they shared together. 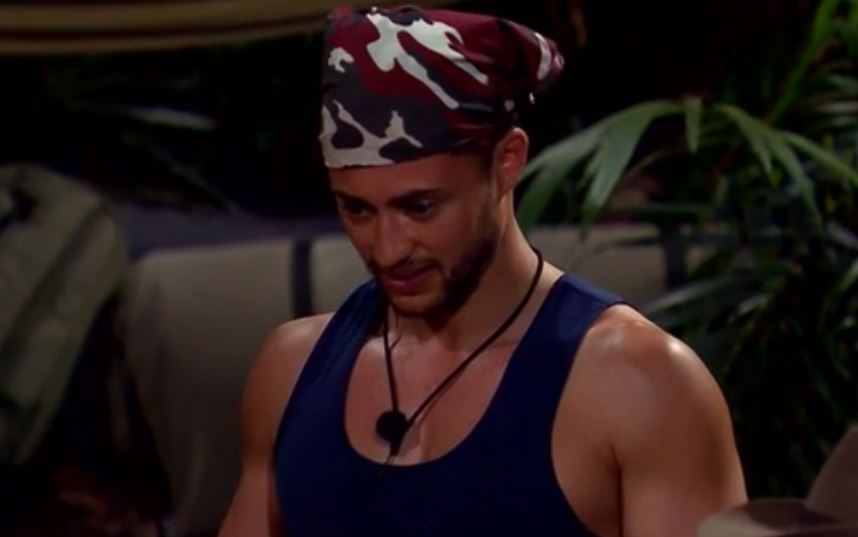 "We were on a break at the time when I messaged this girl, a previous ex. I shouldn't have done it, even though me and Gabby weren't speaking at the time and I moved home, but it was a general conversation," he told The Sun.

"It was a stupid mistake and I stopped speaking to her when we started getting back together, but by that time she's messaged Gabby and said we'd been speaking. But nothing happened - I didn't even meet up with her."

It comes as Gabby slammed Myles after he spoke to his fellow I'm A Celeb campmates about wanting to find a "meaningful relationship".

Gabby took to her Instagram Stories to share a picture she had been sent of Myles' head super-imposed onto the body of a leopard.

not fragile like a flower, fragile like a bomb.. 💣⏳ • • Always grateful to my guy @drmedispa for looking after my face! You’re incredible!&& Thank you to @sugarcanesalon for my faaaab Microbladed brows, and my beaut lashes! 🙌🏽❤️

Read more: I'm A Celebrity's Roman Kemp made adorable videos for his girlfriend for while he's in the jungle

She fumed:  "OMG I'm dead. I'm not even watching the show but people are sending me things like this.

"I'm not sure what this guy is on about tbh. I didn't know cheating, lying and a whole load of other [poo emoji] came under 'meaningful'. Who knows? Each to their own."

Myles and Gabby started dating in September 2018 and it wasn't long before she moved him into her flat in North London. Things appeared to be going so well, she admitted she could see herself settling down and marrying him.

Here is a photo of me sweating because why not!💦💦

She said at the time: "He's amazing. We've only been together a year, but it moved pretty fast and we live together in Islington.

"He basically came to my house and never left. We can hear wedding bells. We talk about long-term stuff all the time."

Gabby previously dated fellow Love Island 2017 star Marcel Somerville, but they split after he cheated on her. He later admitted he will "always regret" doing so.

"When there are negative vibes going around, all you've got to pull yourself out of it. Positive vibes. I am very much single at the moment, darling."