Take That fans have pledged their devotion to heartthrob Howard Donald as he has hinted at experiencing challenges in his marriage.

The singer, 50, has been married to wife Katie for four years and paid tribute to her in emotional social media posts on Valentine’s Day.

But he also noted how being a parent to their two kids has been "truly testing" and how the couple would "weather through the storm", leading onlookers to wonder how Howard and Katie have been affected by the "trials and tribulations of marriage".

You can get through this. You are a strong man and lots of love to give.

The trials and tribulations of love,marriage and having kids are truly testing. We weather through the storm together and try to keep each other warm from the elements and through this sleepless period in our lives. Katie,I love you more than ever and find your more attractive and sexy than I ever have before. It doesn’t take Valentine’s Day for me to tell you as I tell u everyday! Love you more than ever and you know it. #valentines #love

"I love you more than ever and find you more attractive and sexy than I ever have before," the star wrote.

Howard continued: "It doesn’t take Valentine’s Day for me to tell you as I tell you everyday! Love you more than ever and you know it."

Referring to a "sleepless period" in their lives, Howard also hinted the couple were strong enough to make it through "the storm" by "trying to keep each other warm".

Although most fans remained upbeat about their idol’s cryptic message, nearly all of them hailed Howard for his romantic words. 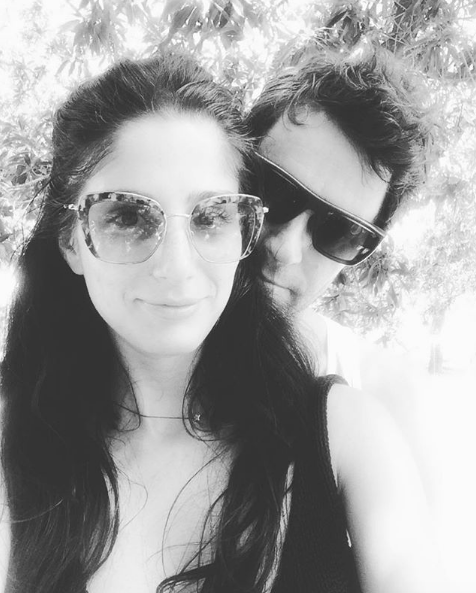 Katie and Howard have two children together (Credit: Instagram @howarddonald)

"You true romantic," said one.

Another suggested: "Good song lyrics in the making." 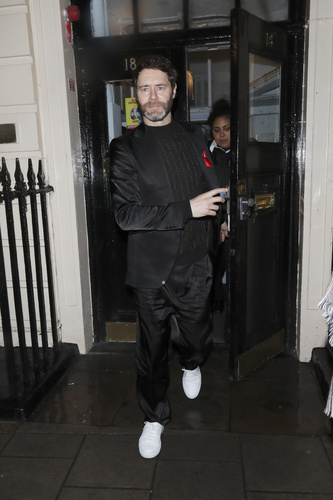 Howard has been praised by fans for being open (Credit: SplashNews.com)

More still remarked on how Howard’s openness indicated the strength of the bond between him and Katie.

"That’s the stuff Howard! Every day!" said one encouraging fan.

A separate comment read: "I love how open you are. You can get through this. You are a strong man and lots of love to give. Katie is one very lucky lady to have got you." 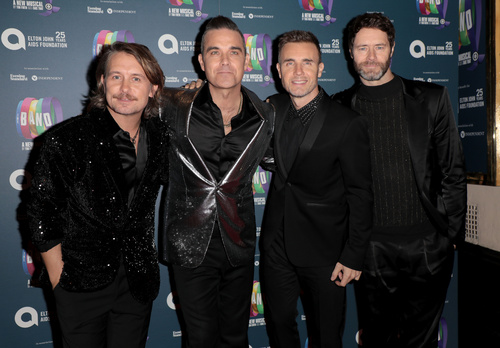 Take That are back on tour soon, not with Robbie though! (Credit: SplashNews.com)

Another fan concluded: "And that's what marriage is all about."

Earlier this month Howard said he is "open-minded" about his sexuality and admitted he "fancies" both men and women.

He said during an Instragram live video: "Pansexual sounds good. Maybe I should be pansexual. And let's face it, women look at other women sometimes and think, 'Ooh yeah, she's tasty, I fancy her'.

"I've looked at men before and thought, 'Oh yeah, I fancy him, he's a good-looking guy. I wish I looked like that'."