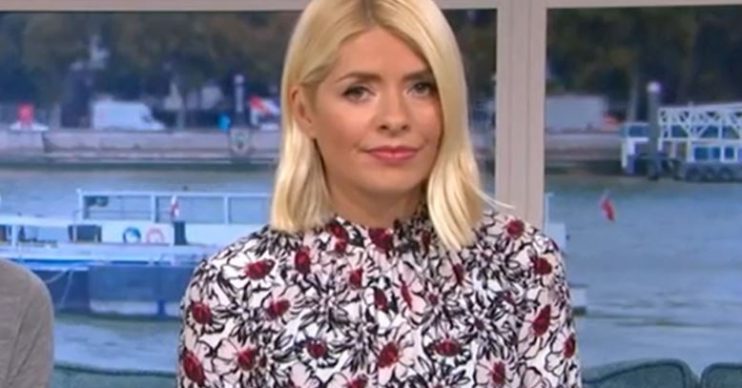 Well that was awkward

Presenter Holly Willoughby was awkwardly told off by a doctor on This Morning for using the word “miracle”.

Alex was on to talk about his recent climb up Ras Dashen, the highest peak in Ethiopia and one of the largest mountains in Africa.

With him was Dr Geoff Watson, who was on to talk about the disease that changed Alex’s life.

He said on the programme: “When I actually first laid eyes on [Alex], he was in bed on a ventilator, on a dialysis machine with multiple pumps running life-saving drugs, keeping his blood pressure up, trying to keep blood flow to the vital organs.

“But he didn’t look like he had a lot of chance of surviving.”

Holly responded: “We talk about miracles, but him being here and doing what he has gone on to achieve is somewhat… something of a complete miracle…”

Holly’s been very quiet since that doctor told her off.

But Geoff interrupted her and said: “Yeah, I don’t use the phrase miracle, I am supposed to be a scientist. But yeah… kind of.”

An awkward silence ensued before Geoff pressed on: “You can’t predict who is going to survive these things and we certainly would’ve predicted that Alex wouldn’t have.”

Speaking further, Geoff said doctors gave Alex “little chance of survival” and his family were, at one point, told they could come in and “say goodbye”.

A number of viewers on Twitter thought the awkward moment had been felt so keenly it affected Holly’s demeanour for the rest of the episode.

One said: “Holly has been on poor form today – she is still fuming after being told off by that doctor lol #thismorning.”

Another tweeted: “Holly’s been very quiet since that doctor told her off for being unscientific and saying ‘miracle’.

Holly’s been very quiet since that doctor told her off for being unscientific and saying ‘miracle’. 🥴😂😂#thismorning

Elsewhere on today’s This Morning, the hosts got to chat with boxer Tyson Fury – brother of Love Island 2019’s Tommy Fury – about his struggle with poor mental health.