Holly Willoughby might be on a break from presenting This Morning but that hasn't stopped her from using her social platforms to support a worthy cause.

The ITV favourite, 38, beamed for a selfie shared on Instagram and showed off a charity T-shirt as she called on her 5.4 million followers to help "stop breast cancer taking lives".

Really proud to wear my @fashiontargetsbreastcancer ‘Love’ tee in support of this year’s #BosomBuddies campaign. You can dress in solidarity with me to help make life-saving research happen. Pick up yours at M&S and 30% of the purchase price is donated to @breastcancernow. Let’s stop breast cancer taking lives, together x

She captioned the pic: "Really proud to wear my @fashiontargetsbreastcancer Love tee in support of this year's #BosomBuddies campaign. You can dress in solidarity with me to help make life-saving research happen.

"Pick up yours at M&S and 30% of the purchase price is donated to @breastcancernow. Let's stop breast cancer taking lives, together."

Holly's fans took to the comments to share their own experiences with the disease. 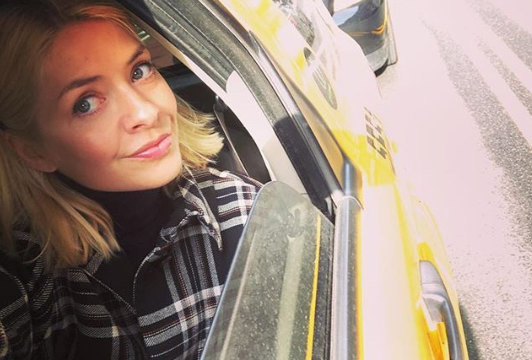 One wrote: "My girlfriend was diagnosed with Stage 4 Secondary Breast Cancer at just 21 back in May 2012. She is still fighting to this day and is the strongest and bravest person I know."

Another said: "Diagnosed breast cancer 2017 and we are growing in numbers. Cancer doesn't discriminate. We have come so far in the last 10 years and new treatments are available. Every penny helps."

You can dress in solidarity with me to help make life-saving research happen.

Someone else commented: "Having lost a lot of family members to this horrible disease, including my dear mother, we all need to donate!"

Last week, John Barrowman and Emily Atack were announced as stand-ins for Holly and co-host Phillip Schofield as they head off for their usual Easter break. 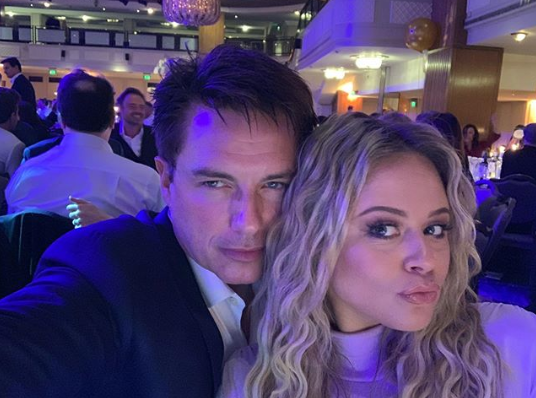 They were good pals on the last series of I'm A Celebrity... Get Me Out of Here! and Emily spoke of her excitement at the prospect of hosting the show.

The actress, 29, told The Sun's newspaper's Bizarre TV column she's "absolutely over the moon" and called the job "a dream come true", adding: "I look ­forward to being on the iconic sofa. We're going to have so much fun."

John will hold the fort with Emily from April 12th and with The Saturdays singer Rochelle Humes from next Monday (April 15th). 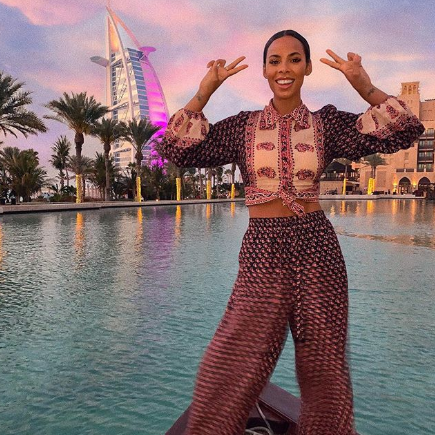 Rochelle will also be co-hosting This Morning (Credit: @rochellehumes Instagram)

For Holly, the break will offer a chance to recover from the emotional impact of Phil's epic April Fools' gag last week.

He tricked Holly into thinking a lucky viewer, who was really an actress, had won the chance to come on This Morning for a big makeover. 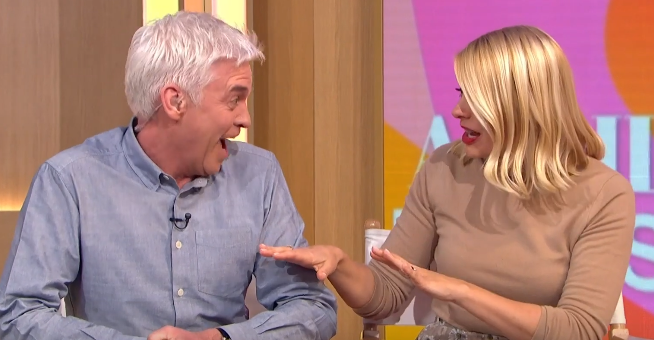 After the guest burst into tears and said she hated the outfit and makeup, she got into a car to head out for a fancy lunch - only for the vehicle to crash on its way out of the facility.

Holly was emotional from the shock of it all and had tears in her eyes as she admonished Phil for being so cruel.

What did you think of Holly's charity selfie? Leave us a comment on our Facebook page @EntertainmentDailyFix and let us know.