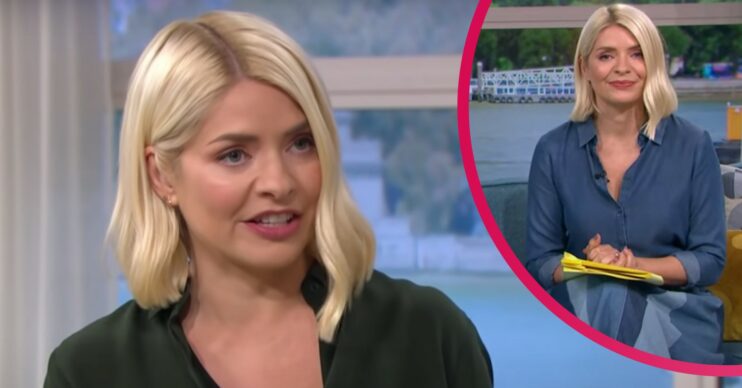 She will fulfil her Dancing On Ice commitments

She’s not back from her Christmas break yet – but Holly Willoughby will soon be taking time off from This Morning.

That’s according to The Sun, who claim ITV bosses are “desperate” to keep Holly, 40.

The reason for the stint away is Holly heading off to the south of Europe later in January to co-host Wim Hof’s Superstar Survival alongside Lee Mack.

When will Holly Willoughby be away from This Morning?

The tabloid claims Hols will be focusing on her BBC gig from Monday January 17.

That’s the day after Dancing On Ice returns to ITV – which Holly hosts with her This Morning pal Phillip Schofield.

She will reportedly jet back to the UK at weekends to fulfil her DOI commitments.

A TV insider apparently likened the situation to when Holly filled in for Ant McPartlin on I’m A Celebrity.

A source reportedly told the news outlet: “Holly loved I’m a Celeb so much it gave her the confidence to strike out on her own and do more mainstream solo TV projects.”

They continued: “She has high career ambitions and is starting the year as she means to go on.

Holly is starting the year as she means to go on.

“However, she absolutely loves This Morning and her on-screen partnership with Phillip, so isn’t going anywhere long-term. She’s just grateful ITV bosses are giving her the freedom to do her own projects.”

ED! has contacted a representative for This Morning for comment.

When will Holly’s new BBC show be on TV?

However, an air date is yet to be confirmed.

Dutch motivational speaker and extreme athlete Wim, 62, is known for his capacity to withstand freezing temperatures.

He has made previous appearances on This Morning, including one just last Friday (January 7).