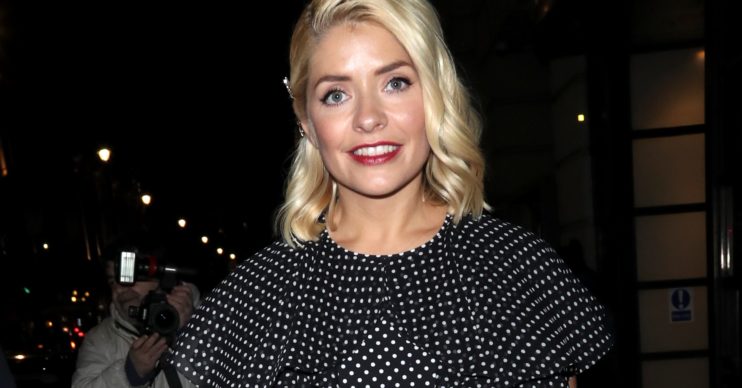 Juggling work and motherhood is tough

Holly Willoughby says she is “riddled with guilt” at missing school drop-offs to present This Morning.

The mum-of-three isn’t able to attend as she is needed on presenting duties.

And now, in an emotional interview, she has admitted the price she pays for that.

She said it was “a challenge” trying to balance the different demands of her life.

Holly spilled the beans about her struggle to Red magazine.

She explained: “Becoming a mum was the only thing I knew I definitely wanted when I was growing up, but the image I had never involved me being a working mum. That’s the biggest challenge.

“I’ve been riddled with guilt about getting that part wrong. You love them so much and you don’t want to mess them up.”

Holly said she hadn’t been able to take her children to school thanks to This Morning duties, saying: “I didn’t do the drop-off because I was working.

Holly’s early starts may prevent her from doing the school drop-offs, but finishing early as well means she is usually available to pick them up later in the day.

Last month, she quit Celebrity Juice in order to be able to spend time with her family.

Although she is a captain on the show and had been there for 12 years, it was time to say goodbye.

As well as This Morning, Holly is committed to Dancing on Ice when the show returns next January.

Can you relate to Holly’s struggle? Go to our Facebook page @EntertainmentDailyfix and leave a comment to let us know what you think.