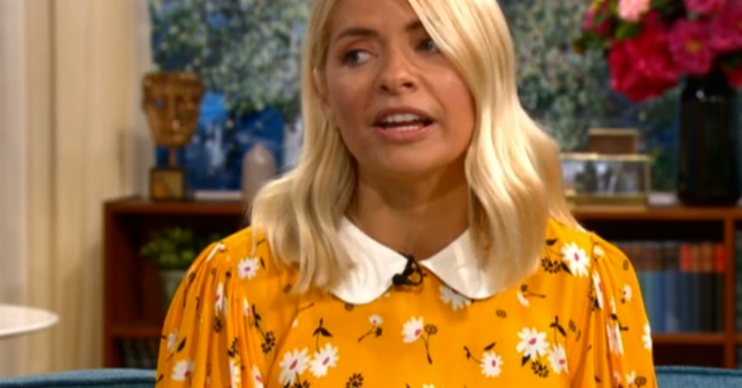 Holly Willoughby stunned as she’s called ‘common’ on This Morning

Apparently it's a no-no to like ice in your wine

Holly Willoughby and Phillip Schofield returned to This Morning today and Holly was immediately under fire.

The show was doing a segment on wine tasting and Phil was questioning Holly about how she drinks her wine in the summer.

Admitting she likes it really cold and refreshing, she said she puts ice cubes in her white or rosé.

Phil didn’t have chance to respond before Holly said: “Ooh, an editor just said something outrageous in my ear!”

Phil added: “They shouted out common!”

The presenters were both shocked but Holly continued to defend her choice.

Holly replied: “I get it though, because it’s supposed to dilute the wine, but I like really cold white or rosé wine.”

Phil, however, suggested frozen grapes instead of ice as they look nicer and are classier!

Determined to prove it was okay, Holly later asked guest Fred Sirieix, who is a French maître d’ so knows a thing or two about wine drinking, whether her way of drinking was acceptable.

He actually admitted it was something he had done before!

“I have of course,” he said. “I tell you one thing Holly you will still go to heaven even if you put ice cubes in rosé wine!”

They asked those watching at home to offer their opinions on the matter and fans on Twitter quickly waded in.

Some thought Holly was right and it was the best way to drink wine on a hot summer’s evening.

😄It’s not ‘common’ to put ice in wine! In fact on the continent – in the nicest of places I’ve been to, the people, esp the locals dining there -always get extra ice to put in their Rosè 🍷 #thismorning

Putting ice in wine just means that you drink more water through the day and probably means you’ll have less of a hangover. Everyone’s a winner #ThisMorning

But others insisted it was “sacrilege” and just for cheap wine for students!

Wine on the rocks! Just no! Sacrilege! #thismorning pic.twitter.com/JY86YgPkv0

#ThisMorning: “Wine on the rocks?”

Ice in wine only to be used for cheap wine when living as a student 😂 #thismorning, #phillipschofield, #HollyWilloughby

One viewer had a solution that was better than both Holly and Phil’s – make ice cubes out of wine!

In fact, 67 per cent of viewers voted it was fine to put ice in rosé.

Do you put ice in your wine? Leave us a comment on our Facebook page @EntertainmentDailyFix and let us know what you think of this story.