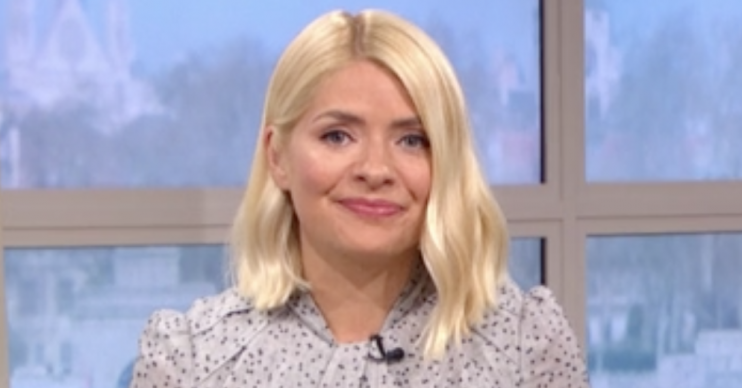 Actress Gwyneth Paltrow has launched a candle on her website Goop that smells of a very intimate area.

And, in even more surprising news, Holly Willoughby has said she’d like to try it.

The This Smells Like My Vagina candle costs £57 and, according to Lorraine‘s Ross King, is sold out.

“Gwyneth went in with the perfumer who was making the candle and said those very words,” Ross explained.

Throwing to This Morning to find out what was coming up on today’s show, Lorraine pleaded: “Holly and Phil, we need some decorum.”

Is it wrong I want to buy one?

However, far from finding it, Holly actually revealed she was curious about the candle.

“Is it wrong I want to buy one?” she quipped.

On the Goop website, the candle is described as being “funny, gorgeous, sexy and beautifully unexpected”.

Read more: Lucy Mecklenburgh and Ryan Thomas have a name they “love” for their baby boy

And, if you’re wondering what Gwyneth smells like, then you’re in luck.

“It’s a blend of geranium, citrusy bergamot and cedar absolutes juxtaposed with Damask rose and ambrette seed that puts us in mind of fantasy, seduction, and a sophisticated warmth,” the website states.

The Twitterverse was, of course, perplexed at the candle launch.

We live in a world where a candle called “This Smells Like My Vagina” is sold out. That’s it. That’s the tweet.

Listen, she’s attractive. She is not “I want a candle that smells like her vagina” attractive.

Gwyneth Paltrow came out with a $75 candle called “This Smells Like My Vagina.”

So what do you guys think it smells like? I’m going with kale and turtle water. 👌🏻

Head to our Facebook page @EntertainmentDailyFix and let us know if you’ll be trying it!