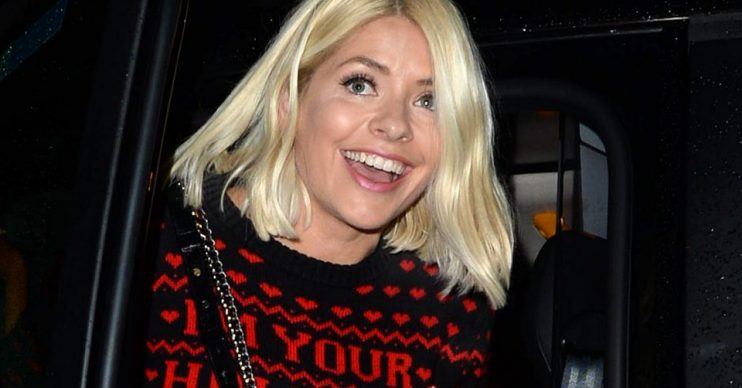 Fans of Holly Willoughby were left thoroughly entertained by the antics that went down during her latest family holiday as she updated her social media this afternoon.

The TV presenter, 39, revealed to her 6.4 million Instagram followers she and her nearest and dearest have been away for the half-term break.

And even though the UK is still shivering with wintry weather, neither she nor her kids were looking to get away from the cold!

That’s because This Morning star Holly enjoyed a skiing break – and it seems like she certainly made the most of it.

The Dancing On Ice host told fans how as she had a wonderful time as she swapped the rink for the slopes for a few days.

Captioning a snap of herself looking fresh-faced and relaxed while wearing a turquoise ski hat, Hols wrote: “Home from a week of snowy heaven…

Nutmegged by my own son.

“Full to the brim with family, skis and cheese!”

Another image shared by Holly seemed to show her making the most of the après-ski experience and catching a few rays as she appeared to enjoy a drink that looked as if it may have been an Aperol Spritz.

And of course there was time for this… 🧡

Read more: Kerry Katona reveals she ‘wanted to take her own life following This Morning interview’

“And of course there was time for this…” she proudly reported in the caption.

But while her fans are always delighted to see Holly pop up in their social media feeds, it was a third upload that really tickled observers.

The clip, apparently showing Holly in action on the slopes, hilariously went on to capture her youngest son Chester whiz through her open legs!

“Nutmegged by my own son,” the telly fave joked in the caption.

Chester … Nutmegged by my own son 🌟

Thousands of Insta users were impressed by Chester’s efforts, with nearly 250,000 views racked up within an hour of the video being shared.

The comments section was also flooded with approving remarks and variations of laughing emojis that expressed just how much people were entertained by the funny moment.

“That’s fantastic – how funny (and very skillful),” added another person.

A third contributed: “That’s brilliant, put a big smile on my face.”