Holly Willoughby enjoyed a boozy night with her pals at a Spice Girls gig last night.

The This Morning presenter shared snaps to Instagram on Friday (June 14) as she attended the concert at Wembley Stadium.

Holly and her husband Dan Baldwin joined her pals Nicole and Natalie Appleton, Kate Thornton and Laura Whitmore to support their pal Emma Bunton, who was performing with her fellow bandmates.

The morning after the Spice before... off to work nice and early.

Holly sported a casual look, wearing a white t-shirt which had an image of Emma emblazoned across it with the word "Baby" printed underneath.

She paired the t-shirt with some leather shorts.

Holly shared a snap of herself and Dan with her pals, alongside the caption: "You gotta get with my friends... #spiceworld2019."

In videos posted to Laura's Instagram Stories, Holly was seen pouring prosecco backstage before the show.

As the gig began, another video showed Holly arriving at her seat with drinks for her pals. 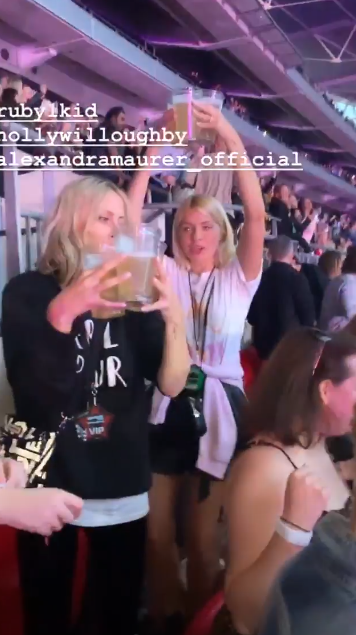 It was a boozy night at the gig! (Credit: Instagram)

Another video showed Holly and her mates enjoying some shots. 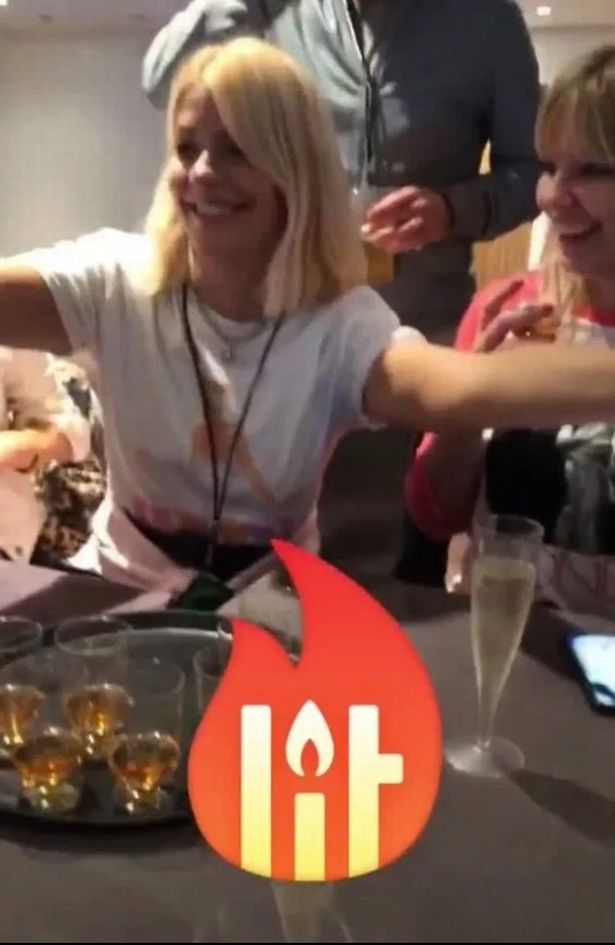 After the boozy night, Kate shared a snap of herself heading to work at 6:38 am.

She wrote: "The morning after the Spice before... off to work nice and early." 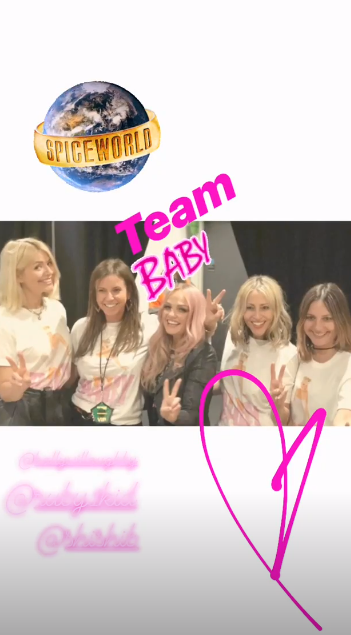 Over the past few weeks, Emma, Mel B, Mel C and Geri Horner have been touring the UK for the Spice World tour.

However, sound problems plagued the start of the tour last month, with angry concert-goers demanding a refund after they complained that they "couldn't hear a thing".

But last week, fans raved about an "amazing" show in Bristol after the band performed in the pouring rain.

Emma and Geri even took to the stage wearing plastic ponchos, with the Baby Spice star later sharing a picture of herself looking soaked.

"You girls are amazing," one fan wrote on Twitter. "Performing rain or shine." 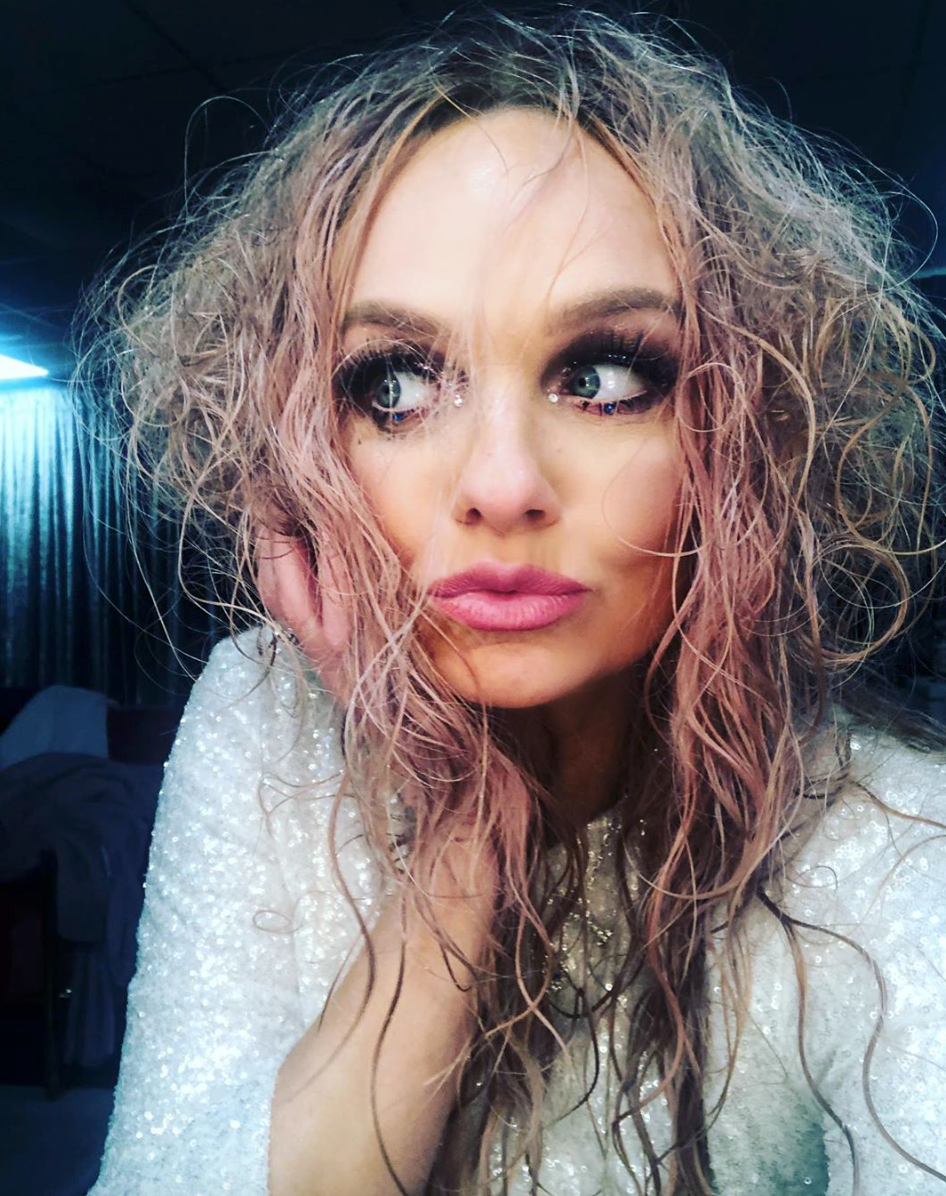 Emma shared a picture of herself after the wet gig (Credit: Instagram)

Another added: "Best show ever!!! Viva Forever made us all cry – my inner 10 year old self had the best night ever!"

"Incredible job tonight," another praised. "Hope you've got a hot bath lined up!"

Have you been to a Spice Girls gig? Head over to our Facebook page @EntertainmentDailyFix and share your experiences with us!