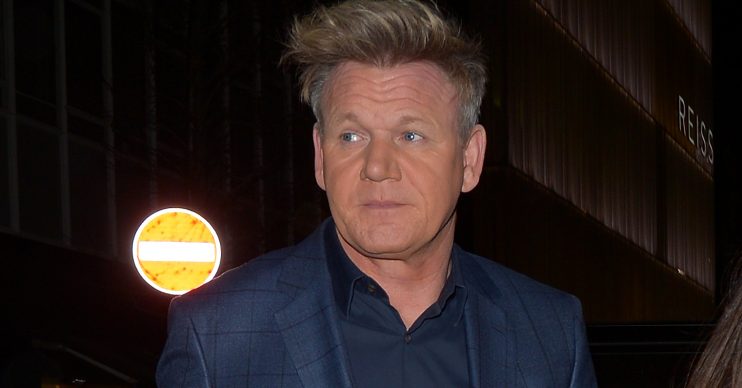 It keeps him up at night

TV chef Gordon Ramsay has given his son Jack a stark warning about chatting with female fans online.

The dad-of-five, 52, told the 19-year-old that girls he speaks to in private messages on social media could turn out to be one of his mum’s mates.

So proud of @_jackrams3y_ competing in his first ever @ironmantri on Sunday in Staffordshire , good luck best mate and when in doubt think of all the less fortunate children currently in @greatormondst , head down and cross that finish line #teamramsay @ironman70.3 GB thank you Dean @huubdesign @iamspecialized @tower_26

Appearing alongside Jack in an interview with GQ, Gordon opened up about his concerns regarding internet safety.

He admitted it was messages from fans online that kept him up at night as a dad to teenagers, as these people are effectively “strangers”.

Gordon said: “You think that these people who follow you are fans. I hate that word ‘fans’. They are not, they are [bleeping] strangers.

He asked Jack, a university student, if he was messaging people on Instagram – and his hesitant response earned him a lecture from his protective dad about internet safety.

Jack argued: “Well, if they message first. I don’t think you need to worry because you have taught me quite well when it comes to real friends, fake friends, how to approach the issue of social media. I have been taught quite well.”

But Gordon persisted and asked if he replies to messages, and Jack admitted that it “depends who they are”.

Gordon told the camera: “So the one thing that keeps me up at night is Jack messaging individuals on social media.”

In an attempt to defend his position, Jack asked what he is supposed to do when, as a 19-year-old lad, a “cool, good-looking young girl” messages him on Instagram.

Gordon clapped back, “That could be your mum’s friend in disguise!” and Jack, shocked, said: “I hope not, I seriously hope not.”

Gordon has four other children – Megan, 21, Holly, 19, Tilly, 17 and baby Oscar, who was born at the beginning of April.

Walk in the Park with my new best mate ! @oscarjramsay

Earlier this week, he got flack from presenter Piers Morgan for carrying his youngest in a papoose.

The controversial Good Morning Britain host, 54, branded the chef a “papoose-carrying numpty” after he shared an photo of himself looking after baby Oscar on Instagram.

Piers wrote on Twitter: “First he launches ‘Vegan Wellington’, now he’s wearing a papoose – what has happened to you ⁦@GordonRamsay⁩?!!!”