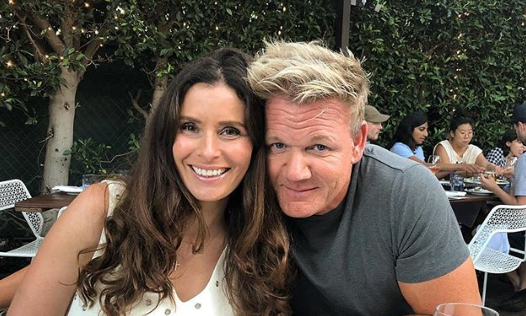 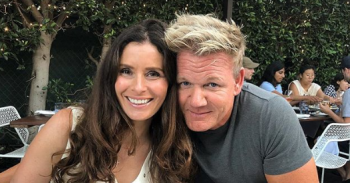 They only revealed on New Year’s Day that they were set to have their fifth child together, and earlier this week revealed his wife was just days away from giving birth.

Taking to Instagram the chef shared an adorable throwback picture of his family with the caption: “Just days away from our new addition to the Ramsay family… they grow up quickly…”

Just days away from our new addition to the Ramsay Family…….they grow up quickly….

Read more: Gordon Ramsay refuses to give his ‘snowflake’ kids jobs in his restaurants

The 52-year-old celebrity chef, who already has children Megan, 21, twins Jack and Holly, 19 and Matilda, 17, with his wife of 22 years, shared a video announcing their impending new arrival.

In the video the camera panned to Tana’s bump and Gordon can be heard saying excitedly: “And guess what? Happy New Year because we’ve got another one coming! Oh my lord!”

Speaking to the Daily Mail at the time Gordon said: “The support we’ve had has been unbelievable. You don’t realise until it happens to you how many people are affected. Sadly it happens every day.”

“Victoria and David have been amazing. They came to see Tana and me immediately and showed their support, and that was mind-blowing.”

Despite being worth millions the celebrity chef insists he won’t give his children jobs and they have to make their own way in the world.

He has also claimed that they won’t be getting their hands on his fortune when he is gone. “It’s definitely not going to them, and that’s not in a mean way; it’s to not spoil them,” he told the Telegraph in 2017.

Read more: Keith Duffy rushed to hospital after taking ill at a gig

“The only thing I’ve agreed with Tana is they get a 25 per cent deposit on a flat, but not the whole flat.

“I’ve been super lucky, having that career for the last 15 years in the US. Seriously, it has earned a fortune and I’ve been very lucky, so I respect everything I’ve got.”

What do you think the Ramsays should name their new addition? Leave us a comment on our Facebook page @EntertainmentDailyFix and let us know what you think!