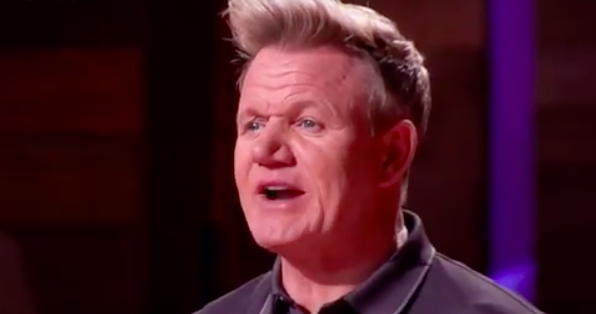 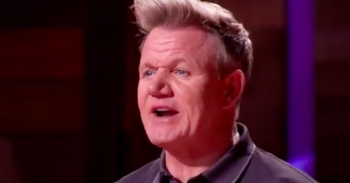 Let's hope they're not planning on following in daddy's footsteps

We all know Gordon Ramsay is not afraid to pull his punches, and now his kids have been on the receiving end of those strong opinions.

The TV chef – who is currently expecting his fifth child with wife Tana – has opened up about why he would never give his offspring a job, insisting they can “[bleep] off to another chef”.

Speaking in an interview on US radio, Gordon, 52, dismissed the “[bleeping] snowflake generation”.

He said: “I take a lot of flak for being straight and honest, but I’m not worried about that [bleeping] snowflake generation.”

Referring to his four children, Matilda, 17, Jack, 19, Holly, 19, and 21-year-old Megan, Gordon went on: “It’s like not employing the kids. I don’t want the staff thinking: ‘[Bleep], it’s Ramsay’s kid, we can’t tell them off.’ You want to work in this business? You [bleep] off to another chef, learn something different and come back with something new to improve the business.”

Fans were divided by his strong comments with some slamming the TV star. One wrote: “Imagine having the vain shallow narcissist as a parent, I feel almost sorry for the kids!!!”

Another added: “You’ve got to be tough, but really seems a little unfair how he treats his kids. Give them a job like others and they will start at the bottom like everyone else did.”

Others though agreed with Gordon’s decision, commenting: “Can’t fault his stance on this one.” A second wrote: “Fair play, but a tad selfish.” A third said: “Can’t stand him but his attitude with his children has shot him up in my estimation.”

One more added: “Good on Gordon. That’s how it should be, His kids, I’m sure, can make it on their own and be better as a result.”

The star – who is the presenter of Masterchef Junior – revealed the happy news that Tana, 44, is expecting, posting an adorable Instagram video on New Year’s Day.

Exciting news ! Happy new year from all the Ramsay’s

In January, he was also pictured cradling his wife’s bump during a dinner event in London, where they were joined by old friends David and Victoria Beckham.

Gordon and Tana recently celebrated their 22nd wedding anniversary. They marked it with an adorable throwback pic from their wedding day in 1996.

Gordon has also shared his joy about Jack and Holly, who both started university last year. Calling his son his “best mate”, Gordon also shared a separate post with Holly, saying he was “so proud” of both of them.

Would you help your children? Leave us a comment on our Facebook page @EntertainmentDailyFix and let us know what you think.