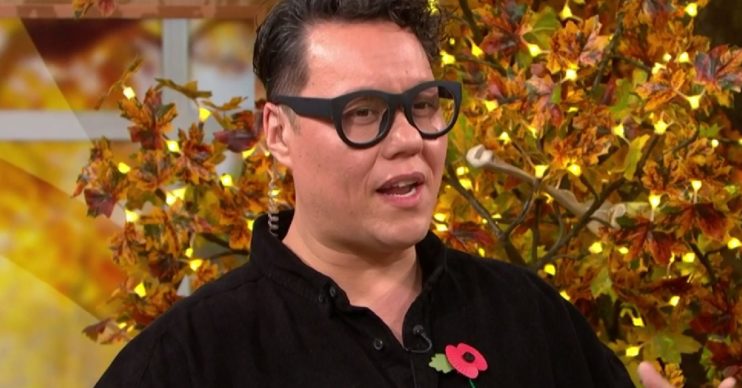 The This Morning star isn't sure whether to accept their offers

Gok Wan has revealed Strictly and I’m A Celebrity bosses have approached him about taking part.

The TV star has revealed that the two rival shows want him this year.

However, the 46-year-old has confessed that he’s still hesitant about accepting a spot on either.

Gok Wan for Strictly and I’m A Celebrity?

“I have been asked to do both and, quite often, I’ll see whether I would do it or not,” he told The Sun.

“Believe it or not, I just don’t have the confidence to do it. I know that I would be terrified before I went onto the dance floor and I just don’t think I’ve got it in me.”

Gok became a household name thanks to his smash hit makeover show How To Look Good Naked.

Since then, he’s appeared on shows such as Loose Women and This Morning, and also fronted his own cookery series.

Despite Gok’s remarks, Strictly and I’m A Celeb bosses have yet to announce the casts for this year’s shows.

Gok opens up about mental health

Meanwhile, Gok recently opened up to ED about how he managed to cope during lockdown.

He admitted that initially he “panicked” a lot, and was concerned about the feeling of being isolated from his loved ones.

“I really panicked with the lockdown. My biggest fear is isolation. So for me I had a terrible time at the very beginning,” he said.

However, he went on to reveal that his job on ITV show This Morning ended up being his “saviour”.

“I’ve been on there for years now and it was a real saviour for me last year because they allowed me to continue working on the show.

“We were doing some of it remotely, some of the fashion and cooking from my house, then when the studio allowed guests in we were able to go in,” he added.