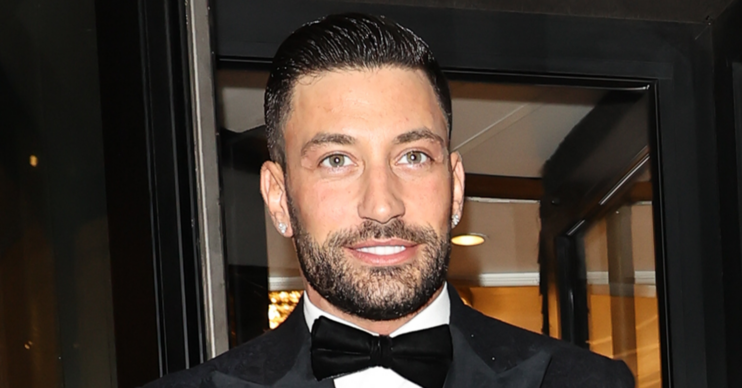 The Strictly champ sent fans into a frenzy

The Italian Strictly Come Dancing star has posted perhaps his most smouldering photograph yet.

And, in it, he’s wearing nothing but a pair of tight white Calvin Klein pants.

The professional dancer turned model for his latest upload.

Starring seductively down the camera lens, Giovanni is seen running his fingers through his hair.

He is also half naked in the photo, showing off his abs in nothing more than a pair of pants.

The post, shared yesterday (May 2), alluded to Gio having had a quiet bank holiday weekend.

He captioned it: “I like Monday a lot more when it’s as chill as Saturday and Sunday.”

It seems there aren’t enough fire emojis in the world to describe how Giovanni’s fans were feeling about the picture as flames flooded the comments section of the post.

“Christ on a plate,” said one, adding the fire emojis.

They added: “Somebody give his parents an award for blessing us with this beautiful talented human!!!!!!”

One fan, however, made an “urgent appeal” on Giovanni’s behalf having seen the photo.

They said: “This is an urgent appeal to anyone who may have information about how @giovannipernice lost his clothes.

Read more: Netflix fans convinced the stars of 365 Days are having sex for real

“Let’s help @giovannipernice get his clothes back,” they joked.

His Strictly Come Dancing partner Rose Ayling-Ellis clearly had her eye on the comments, keen to poke fun at Gio’s sultry pose.

She replied to the comment with the word “best” and added lots of crying with laughter emojis.

What do you think of Giovanni’s latest upload? Tell us on our Facebook page @EntertainmentDailyFix.