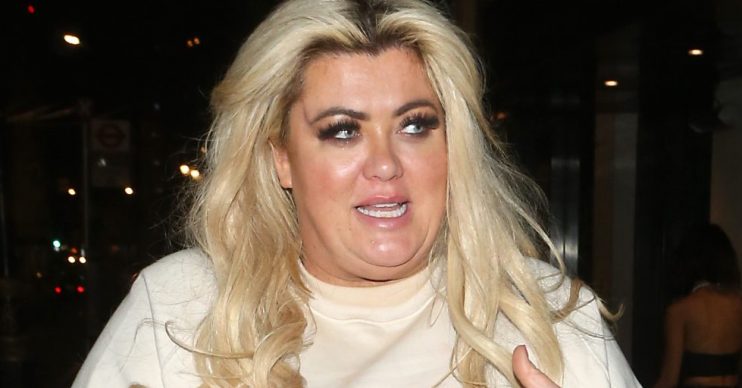 It 'scares the hell out of her'

Reality star Gemma Collins has issued a plea to former MI5 and MI6 employees amid fears her phone has been “bugged”.

Speaking on today’s (February 5 2020) episode of The Gemma Collins Podcast, the former TOWIE favourite, 39, discussed her worries about mass surveillance and admitted the idea we’re all constantly being watched and listened to “scares the hell out of [her].”

Read more: Gemma Collins ‘stormed off’ TV show after Vinnie Jones implied he was ‘too good’ to star alongside her

“Who is, actually, Big Brother?” she wondered. “Yes, we know we’ve got the show. But what I mean by that is, people say we’re being watched, we’re being listened to. People are watching our every move.

“Now, this scares the hell out of me and I’ve had, recently, some situations myself.

“I personally thought my phone was being bugged the other day. Now, I don’t know why someone would want to bug me. But, I definitely, definitely was bugged.”

Speaking further, the GC said that while she understands she’s being “dramatic”, the experience has nevertheless made her keen to get a new phone.

She explained: “Well, I’m being dramatic, but I am good with my intuition and it’s made me want to actually change my phone.

“I kept trying to ring my friends and then I’d get two-three minutes into the conversation and it would just cut out – but it had four bars of service, and it felt like someone was tapping in on the phone.

This is an SOS to anyone who might have worked with MI5.

“I did look up about it and genuinely, I felt it was one of them – someone’s listening in to my phone calls. And I really felt strongly about it.”

Gemma went on to joke that she has “nothing to hide” and insisted her phone calls are “hilarious”.

“I’ve got nothing to hide,” she continued, defiantly. “You can listen in to my phone calls, they’re actually highly hilarious.”

She said the “weird experience” left her wanting answers.

“I’d like to meet Big Brother,” Gemma told fans of her podcast, using the moniker coined by British author George Orwell in his novel 1984 that was later used for the hit reality TV show.

“You can come and be on my TV show. But who are you? Anyone listening to this podcast who knows who it is… is he even a brother? Is he even big? Who is Big Brother? Who got the name, Big Brother?”

Gemma went on to issue a plea to anyone in the know: “This is an SOS to anyone who might have worked with MI5, MI6, Big Brother themselves – who are you, where do you sit, are you in an office? It’s just something that I’ve always wondered.”

What do you think of Gemma’s fears on mass surveillance? Leave us a comment on our Facebook page @EntertainmentDailyFix and let us know.