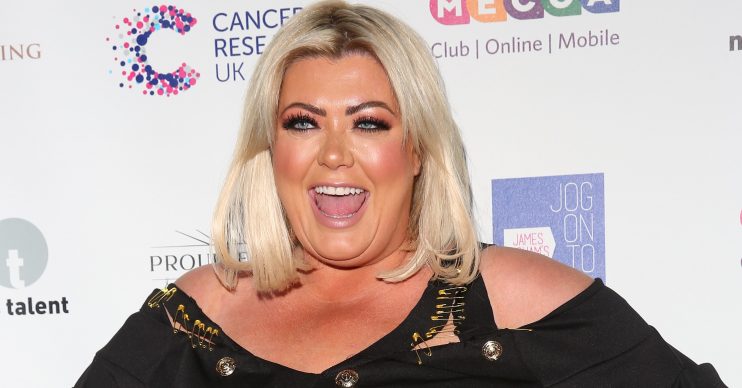 GC is joining the BBC!

Diva extraordinaire Gemma Collins has landed her own podcast show with the BBC and it comes two years after she threatened to sue the corporation after her almighty fall at the Radio 1 Teen Awards.

The TOWIE star has reportedly signed a contract to host a regular podcast on BBC Sounds, after previously insisting she would bring a new, young audience to the Beeb.

Now, the 38-year-old seems to be getting her dream. The GC is set to be unleashed on the podcast launch in two weeks.

Gemma previously said she was considering legal action against the BBC after she took a tumble through the stage floor at the Radio 1 Teen Awards in 2017, which went viral. But she later backtracked because she wants to do Strictly Come Dancing one day.

A source told The Sun: “Gemma is absolutely over the moon to have done this deal with the BBC. It will be a regular podcast, available through the BBC Sounds app, which they are hoping will be a massive draw for her millions of young fans.

“It will launch in a fortnight, when listeners will be able to listen to hear Gemma talking about all sorts of things to do with her crazy life.”

The insider added: “She is such a huge character and the Beeb is really excited she has signed up. Gemma knows what a huge deal it is to have got her foot in the door with the BBC so she is really investing in the podcast. It is a brilliant opportunity for her.”

A representative for Gemma declined to comment when contacted by Ent Daily.

Gemma previously claimed she “could have died” or been left “disabled” after she fell through the hole in the stage and landed on top of former Love Island contestants Jamie Jewitt, Amber Davies and Marcel Somerville.

She said after her fall: “I’m in total shock. It is a miracle I am living to tell the tale.

“To be honest when it happened I didn’t know where I was, what day of the week it was. No joke, my life did flash before my eyes. I thought I was dead.”

She said: “I’m not going to sue the BBC. I’d like to do Strictly Come Dancing.”

Leave us a comment on our Facebook page @EntertainmentDailyFix and let us know what you think of Gemma’s new venture.